In the spring of 1945, with much of Europe and the Pacific in ruins, the end of the war was in sight for Americans. While total U.S. military deaths exceeded 400,000 in the European, North African and Pacific theaters, mainland USA never became a significant site of battle during WWII.

WWII brought a return of prosperity to the USA after the Great Depression of the 1930s. In addition to promoting the growth of big business and the military-industrial complex, permanent demographic changes involving women and minorities occurred that at times promoted social and economic gains. Americans also learned to expect federal government involvement in problems previously managed at the state or local level. Additionally, the role of the president grew more powerful than ever been before.

While basic American values endured, a more attractive, stable and secure future now seemed possible. WWII restored the self-confidence lost during the Depression and convinced many the American dream was alive and well. For many Americans this was to be recalled as  “The Good War” fought by the “The Greatest Generation.” 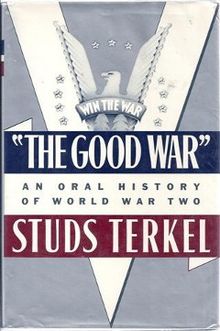