In January 1942 five German Type IX U-boats, essentially unmolested by U.S. air and naval forces who were unprepared for anti-submarine warfare, began hunting merchant ships off the east coast of North America. Many of their brazen attacks were on the surface and close to shore.

In mid-1942, with improved training, equipment and the institution of an interlocking convoy system off the American coast and in the Caribbean Sea, the number of successful U-boat attacks dropped off in those areas. The main focus of U-boats attacks then shifted to the North Atlantic convoy system. 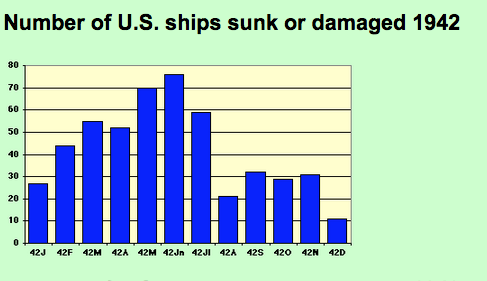