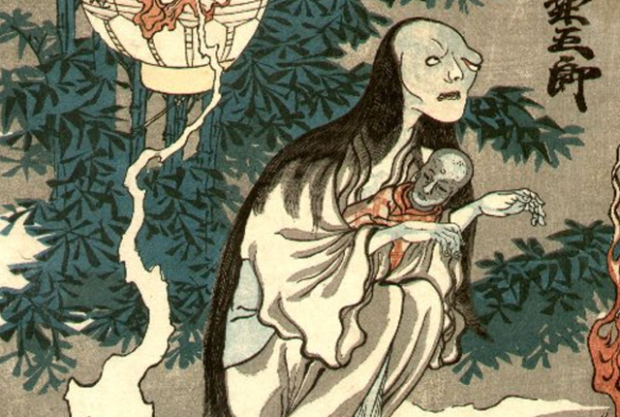 Yurei(幽霊)  are creatures of Japanese folklore similar to ghosts. The name Yurei is often translated as faint spirits or departed souls.