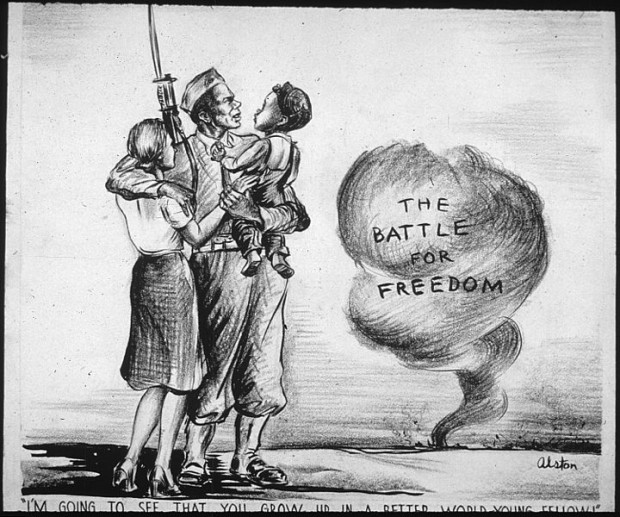 Over 2.5 million African-American men registered for the WWII draft, and many Black women also volunteered.

In 1941 the U.S. military had < 4,000 African Americans on duty (including only twelve officers). All-white draft boards commonly avoided registering Black Americans until pressure from the National Association for the Advancement of Colored People induced President Roosevelt to mandate enlistment of Blacks according to their percentage in the population (10.6%). The figure was never achieved, but African Americans, serving in their country’s racially-segregated armed forces numbered >1.2 million by 1945.

Most African Americans serving at the beginning of WWII were assigned to non-combat units and relegated to service duties, such as supply, maintenance and transportation. By the end of the war, however, troop losses forced the military to begin using more Blacks as infantrymen, pilots, tankers, medics, and officers.