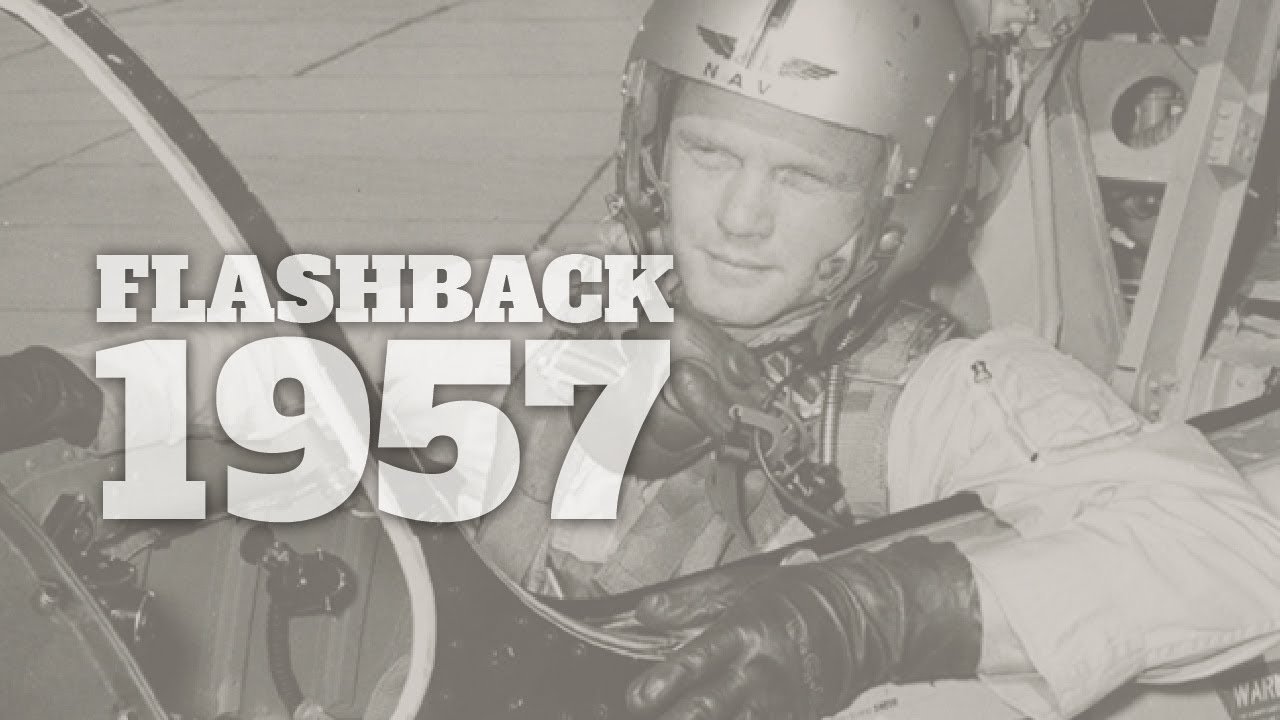 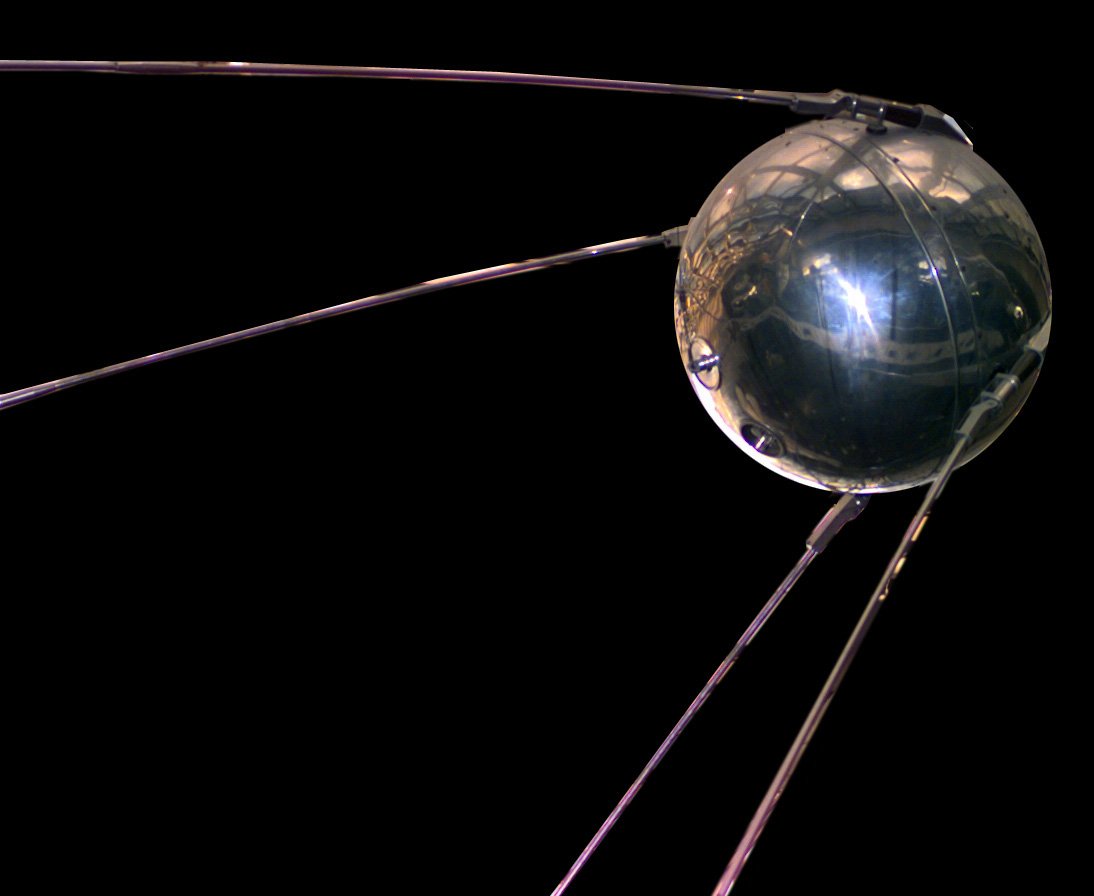 SPUTNIK 1 ~ Fellow Traveler
https://youtu.be/xKuz7JmENek In October 1957 Sputnik 1 was launched into an elliptical low Earth orbit by the Soviet Union. The satellite orbited for three weeks before its batteries ran out. It continued to orbit the planet for two months before it fell back into the atmosphere in January 1958. The satellite's success precipitated an American response that triggered a Cold War Space Race. Source: Wikipedia
Read More 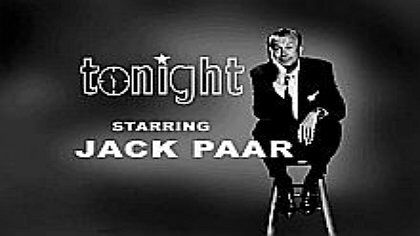 Tonight – Starring Jack Paar
https://youtu.be/c2m5kZ0p5x4 Although, as my fried Rodney pointed out, the YouTube picture above is NOT Jack Paar - the video actually is. Jack Harold Paar (1918 –2004) was an American talk show host, author, radio and television comedian, and film actor. After Steve Allen, he became the second host of The Tonight Show from 1957 to 1962.
Read More 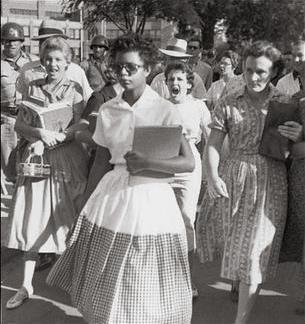 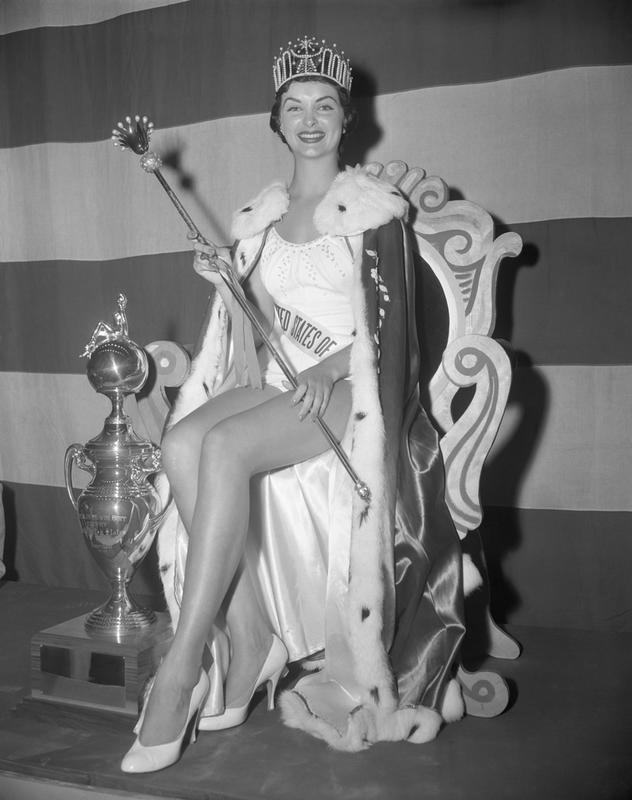 Miss USA (a mother) Loses Her Title
After 18 year old Mary Leona Gage was crowned Miss USA in 1957, she was stripped of her title when it was revealed that she was married and the mother of two children.
Read More 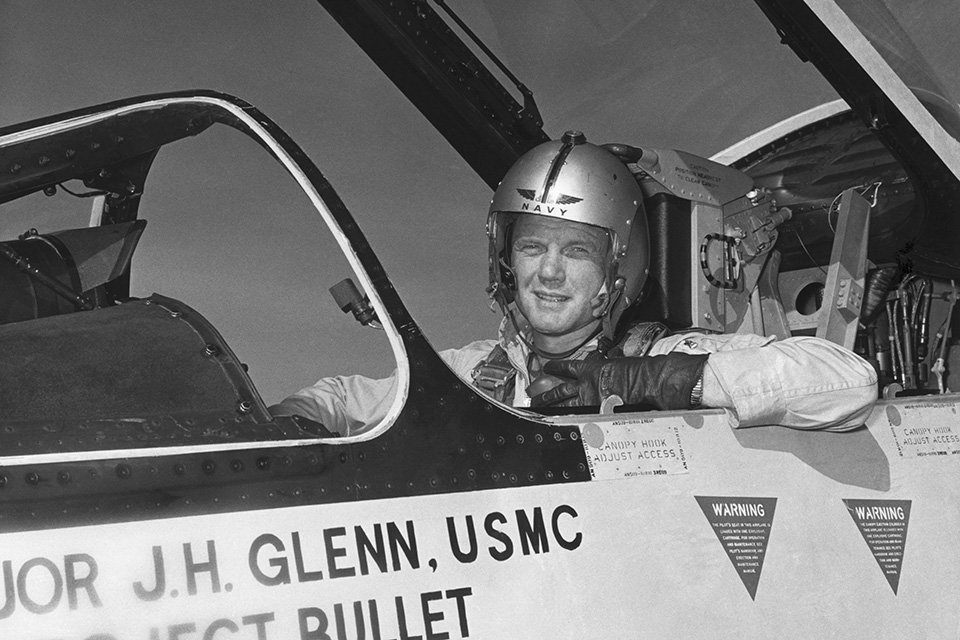 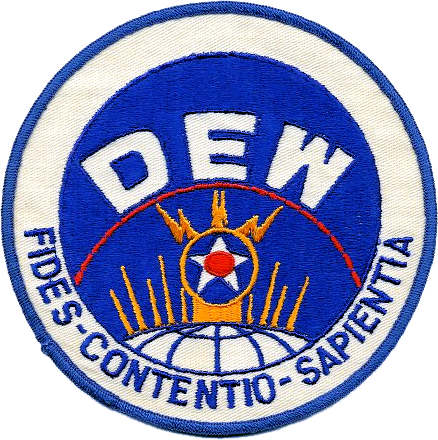 Distant Early Warning Line
The Distant Early Warning (DEW) Line was the northernmost of three radar lines in Canada and Alaska. Designed to provide enough warning time of a nuclear attack to enable launching an effective counterattack, the DEW line was placed far north of the joint Canadian-United States Pinetree Line and the Mid-Canada Line which were hampered by southerly location and migrating birds. With construction given the highest national priority, the 63-base line reached operational status in 1957. The Mid-Canada Line was shut down in the early 1960s, and much of the Pinetree Line was given over to civilian use. In 1985 the United States and Canada agreed to transition the DEW line to the new North Warning System (NWS) and most of the original DEW stations were deactivated, while a small number were upgraded with all-new equipment. Source: Wikipedia
Read More 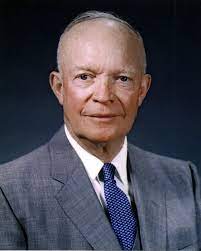 President Eisenhower Illness
Although Dwight Eisenhower was the first American president to release information about his health while in office, his physicians and staff often misled the public about his condition.  Eisenhower began chain smoking cigarettes at West Point. As president, health issues forced him to give up smoking and make some dietary changes, but he still drank alcohol.  Eisenhower had seven heart attacks, a stroke and surgery for bowel obstruction from 1955 until his death in 1969. However, the last three years of Eisenhower's second term in office were ones of relatively good health. Source: Wikipedia
Read More 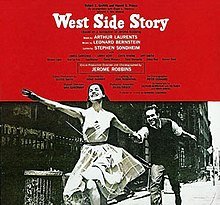 WEST SIDE STORY
https://youtu.be/C_IvknEFZGs The musical West Side Story, conceived by Jerome Robbins with music by Leonard Bernstein and lyrics by Stephen Sondheim, was inspired by William Shakespeare's Romeo and Juliet. Set in the mid-1950s in a multiracial, blue-collar neighborhood on the Upper West Side of Manhattan, the musical explores the rivalry between the Jets and the Sharks, two teenage street gangs of different ethnic backgrounds. Tony, a former member of the white gang Jets and best friend of the gang's leader, falls in love with Maria, the sister of the leader of the Puerto Rican Sharks. With its dark theme, sophisticated music, extended dance scenes, and focus on social problems the show marked a turning point in musical theatre. The original 1957 Broadway production ran for 732 performances before going on tour. The production was nominated for six Tony Awards, including Best Musical, in 1958, winning two.  A 1961 musical film adaptation starring Natalie Wood and Richard Beymer was nominated for eleven Academy Awards and won ten, including Best Picture. https://youtu.be/RgHtBxOs4qw A 2021 film adaptation, directed by Steven Spielberg and starring  Ansel Elgort and Rachel Zegler was also nominated for the Academy Award for Best Picture. https://youtu.be/A5GJLwWiYSg Source: Wikipedia
Read More

Hurricane Audrey
Hurricane Audrey, one of the srongest tropical storms ever recorded in the Atlantic basin, was also among the deadliest tropical cyclones in U.S. history, killing at least 416 people in its devastation of the southwestern Louisiana coast in June 1957. Once storms develop sustained wind speeds of more than 33 knots (61 km/h; 38 mph), names are generally assigned to them by weather services.  Before it became standard practice to give personal first names to tropical cyclones, they were named after places, objects, or the saints' feast days on which they occurred.
Read More 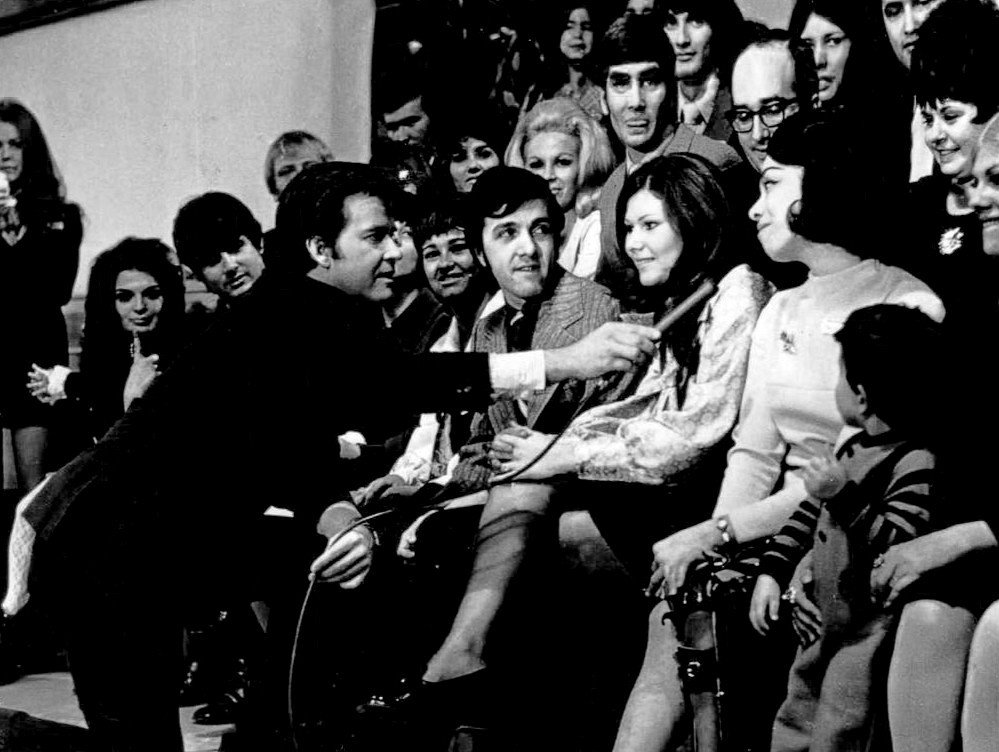 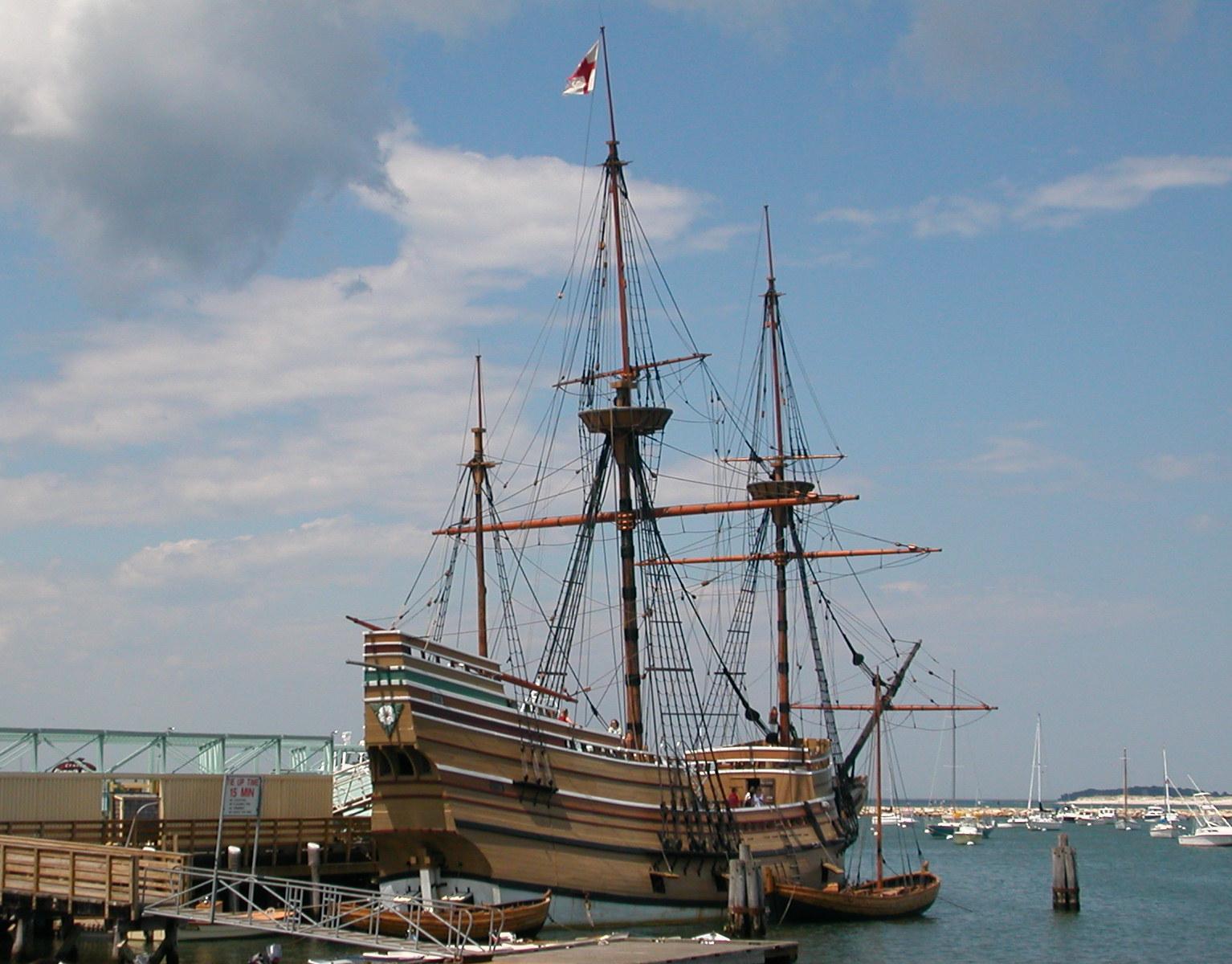 Mayflower II arrives in Plymouth, Massachusetts
The Mayflower II, a reproduction of the 17th-century ship Mayflower that brought the Pilgrims to the New World in 1620, was built in Plymouth / Devon, England during 1955–1956. Mayflower II was launched from Plymouth England on September 22 1956—a rainy day start for her transatlantic voyage to Plymouth Massachusetts. Her captain set a course southwards to follow the trade winds in a wide southerly loop before sailing up the east coast of America. Weathering a strong gale near Bermuda, the Mayflower II finally made land at Provincetown, Massachusetts on June 12 1957. Source: Wikipedia
Read More 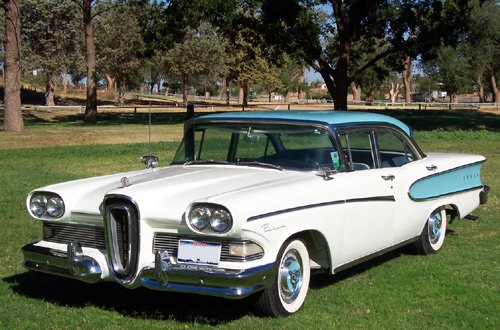 Ford Edsel
In 1957 the Ford Motor Company introduced the Edsel, named after Henry Ford's son. Although the Edsel had many innovations still in use today, including self-adjusting brakes and a powerful V-8 engine, the car was one of Ford's biggest financial failures. The company creased Edsel production in 1960.   Source: Wikipedia
Read More 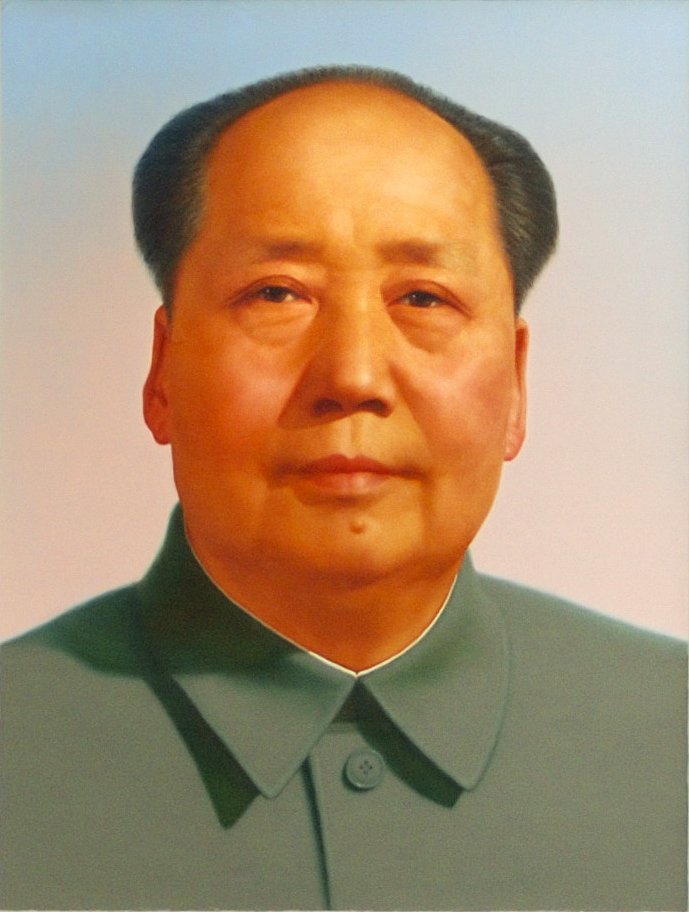 Mao Zedong: Handling of Contradictions
On the Correct Handling of Contradictions Among the People (关于正确处理人民内部矛盾的问题) was a 1957 essay by Mao Zedong that made a distinction between "contradictions amongst the people" and "counter-revolutionary contradictions." The stated policy was to "isolate the few" who were determined to overthrow the Chinese Communist Party and "win over the many" who were supportive of it . Mao's February 1957 speech, associated with the "Hundred Flowers" campaign that encouraged citizens to express their opinions of the Communist Party, seemed to suggest a degree of liberalization. However, government policy soon transitioned into an anti-Rightist campaign that began in July 1957 and lasted until 1959. Source: Wikipedia
Read More 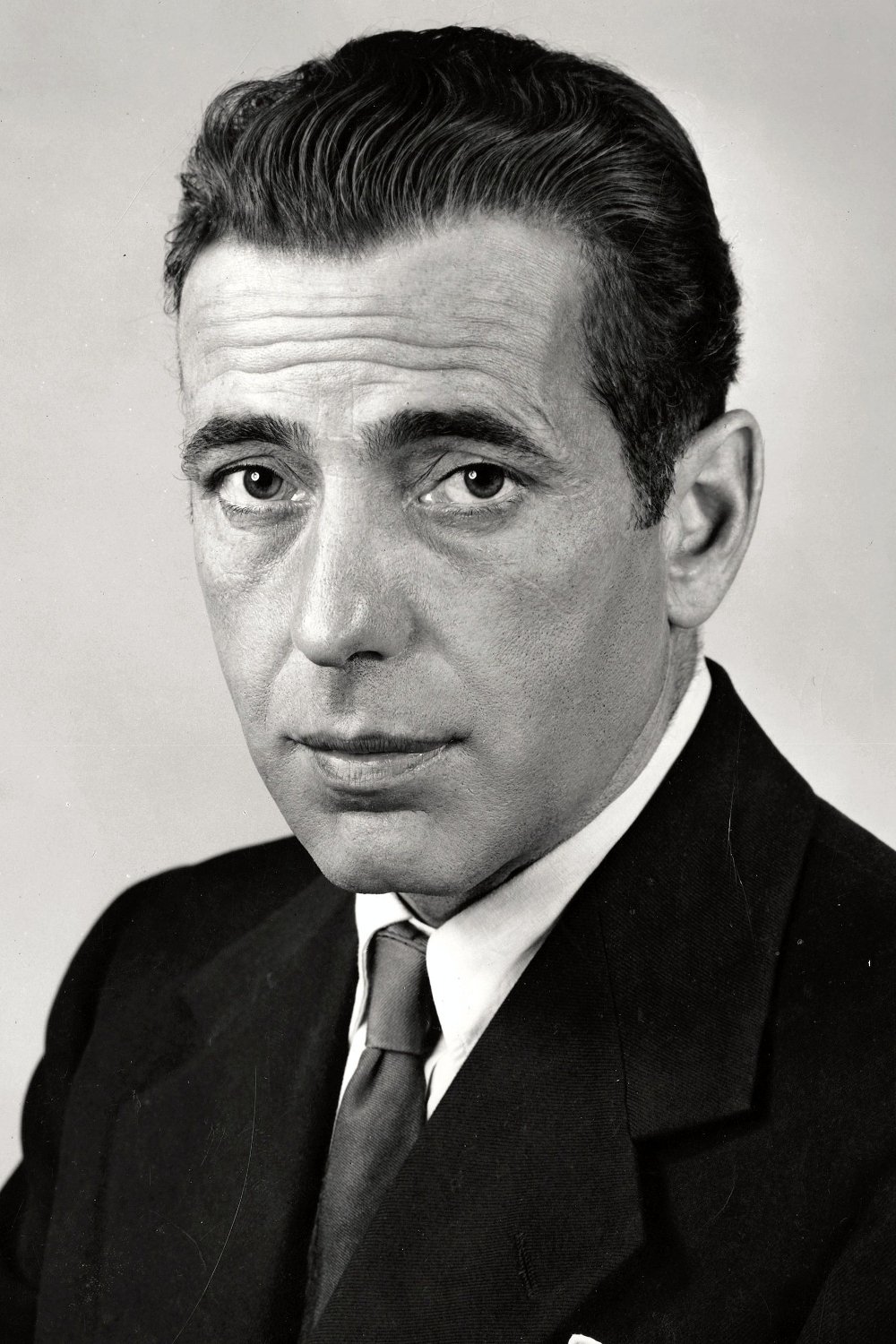 Humphrey Bogart Dies
https://youtu.be/KIHPx-Pj15s Humphrey DeForest Bogart - December 25, 1899 – January 14, 1957 Bogart’s breakthrough to stardom came with High Sierra (1941) and The Maltese Falcon (1941). His private detectives, Sam Spade (in The Maltese Falcon) and Phillip Marlowe in The Big Sleep), became the models for detectives in other noir films. His role with Ingrid Bergman in Casablanca (1942), earned him his first nomination for the Academy Award for Best Actor.  The Caine Mutiny (1954) earned him another Best Actor nomination. Bogart also won the Academy Award for Best Actor for his role opposite Katharine Hepburn in The African Queen (1951). A heavy smoker and drinker, Bogart died from esophageal cancer in January 1957. Source: Wikipedia https://youtu.be/bAlzmRjixr0
Read More 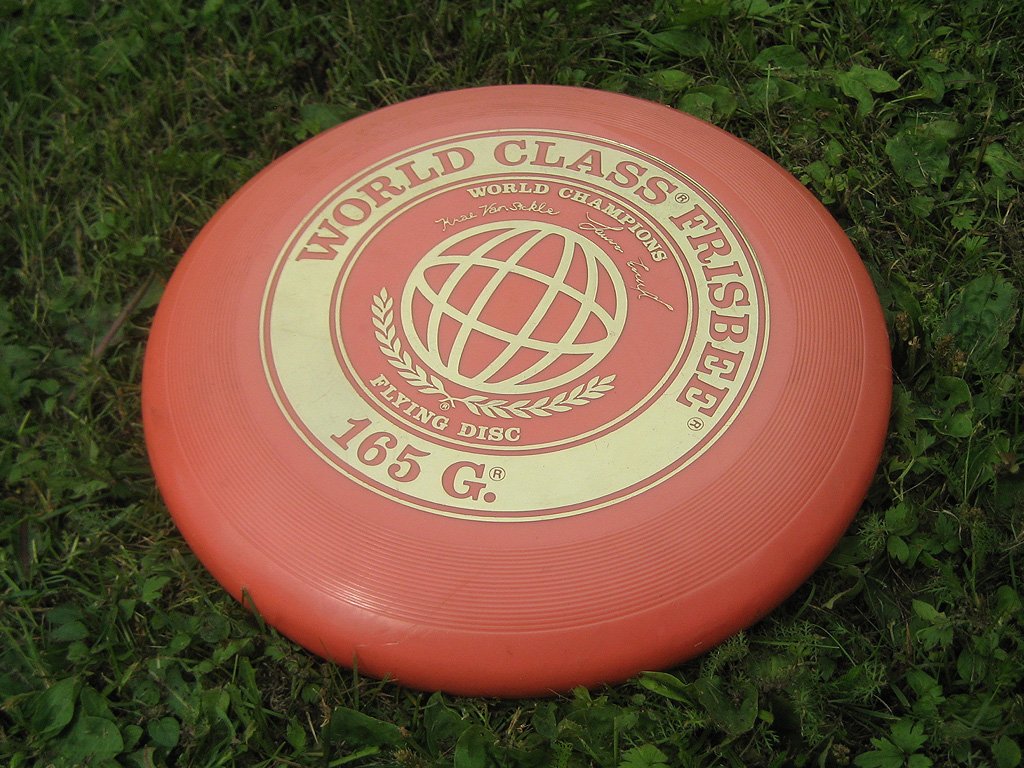 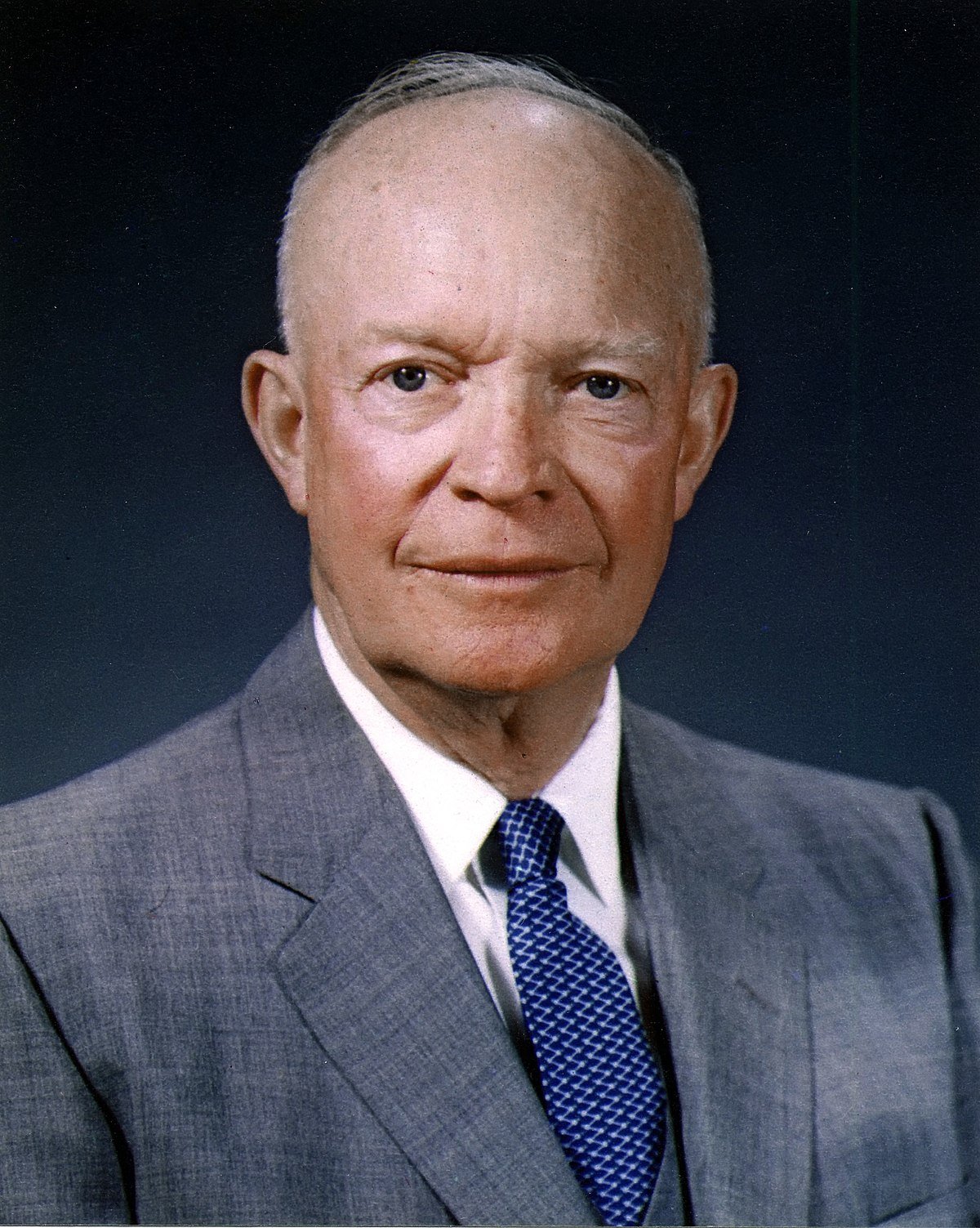 Eisenhower Doctrine
https://youtu.be/1N1_JGG4XX8 In January 1957 President Eisenhower declared that US forces could be deployed to protect the territorial integrity and political independence of nations from overt armed aggression by any nation controlled by international communism. Source: Wikipedia
Read More