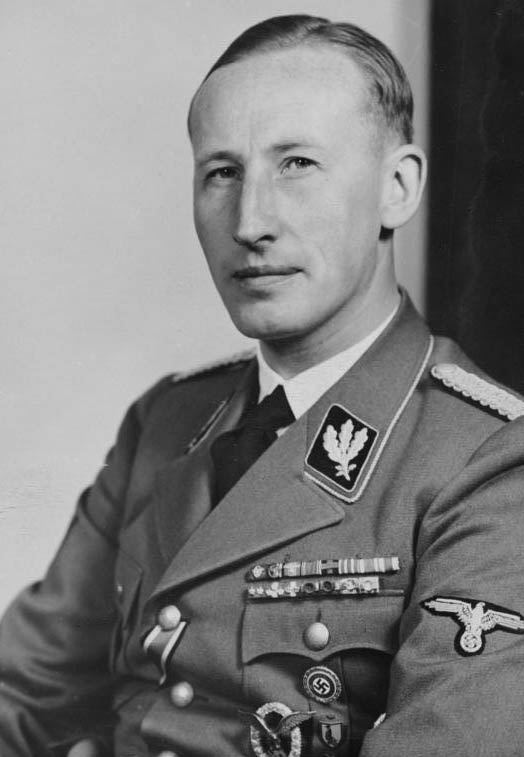 Obergruppenführer Reinhard Tristan Eugen Heydrich, was the founder of the Sicherheitsdienst (SD), an intelligence agency charged with eliminating resistance to the Nazi Party by arrests, deportations, and killings. He had also been chairman of the January 1942 Wannsee Conference, which formalized plans for the final solution – deportation and extermination of all Jews in German-occupied territory. Additionally, Heydrich was directly responsible for the Einsatzgruppen special forces that travelled in the wake of the German armies killing Jews and others deemed undesirable by the regime.

Placed in charge of the Reich Main Security Office (including the Gestapo, Kripo, and SD) of Bohemia and Moravia (now in the Czech Republic), Heydrich began eliminating Nazi opposition by suppressing Czech culture and deporting resistance members.

Heydrich was attacked in Prague on May 27, 1942 by a British-trained team of Czech and Slovak soldiers and died from his injuries a week later. Nazi intelligence reportedly linked the assassins to the villages of Lidice and Ležáky. In retaliation for Heydrich’s assassination, both villages were destroyed and most citizens executed. Some women and children were deported and later killed in concentration camps.