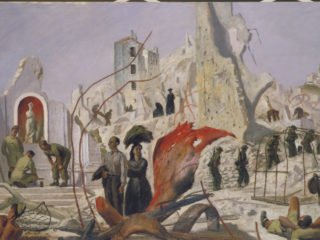 Henry Carr painting commissioned by the British War Artists Advisory Committee of the Ministry of Information.

And since you know you cannot see yourself, so well as by reflection,

I, your glass, will modestly discover to yourself, that of which you yet not know of.

This educational website is intended to enhance awareness and understanding of events and attitudes in 20th century America and in the countries that become her wartime enemies. In wartime, we often depersonalize our enemy and see him entirely as the “other.” Fear, resentment, racism, outraged vengeance and the belief by each side that its cause is righteous often result in vicious fighting and terrible atrocities.

• What events and social currents lead up to war?

• How are conscious experiences of ordinary citizens shaped during wartime?

• How do the citizens of each country differ and what are the similarities?

• How might we better understand the lessons of war so as not to repeat them? 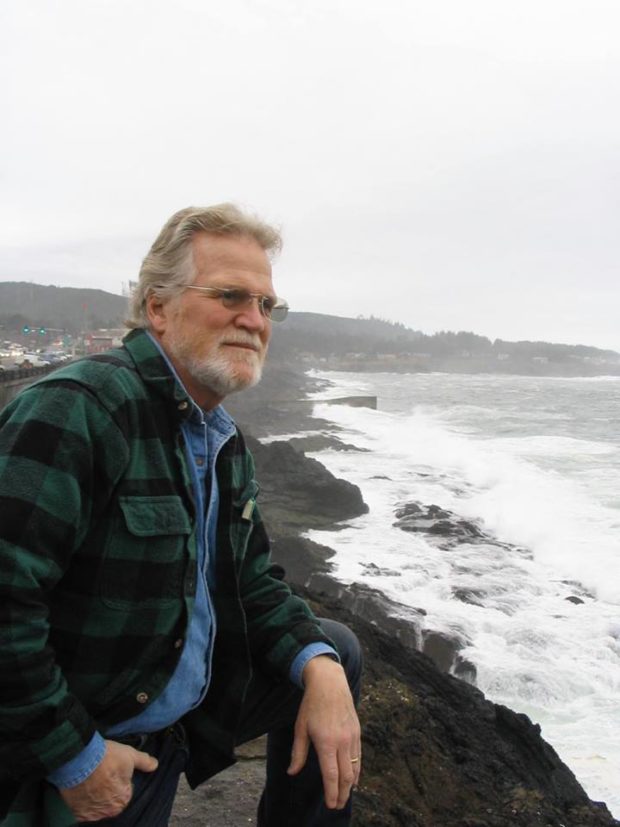 After a stimulating career in academic medicine, I retired to the Oregon Coast where I learned of an Imperial Japanese submarine attack on a US fort along the ocean and the death of a minister’s wife and a group of teenagers from a balloon bomb lodged in a tree in SE Oregon. After extensive research and several trips to Japan, I fictionalized characters on both sides of the war and in 2012 published ENEMY IN THE MIRROR: LOVE & FURY IN THE PACIFIC WAR.

My history-inspired novel THE OSPREY & THE SEAWOLF ~ BATTLE OF THE ATLANTIC 1942 was released in 2018. The lives of the two main protagonists, a Mexican-American B-25 pilot and a German U-boat commander, are followed through friendships, love affairs, family, danger, longing and loss. The story takes place in Washington state, Texas, Florida, Gulf of Mexico, Yucatán, Cuba and Germany.

In 2022, after research trips to Japan, Korea and Russia, I  published NIGHT FIRE MORNING SNOW -THE ROAD TO CHOSIN, my third historical fiction novel following a US Army infantry officer and a North Korean physician through events from 1940-1950 leading up to the tragic battle of the Chosin Reservoir.

Over the past few years researching these topics, I have encountered many fascinating facts, images and viewpoints. These web pages are an attempt to share them with a wider public and generate discussion.