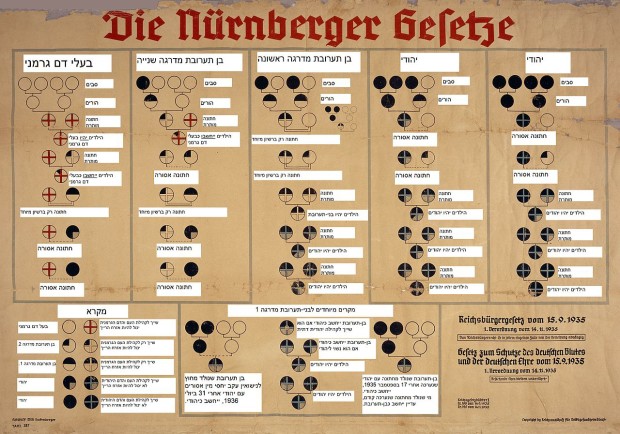 A Hebrew translation of the Nuremberg Laws; Wikimedia Commons

A series of anti-Jewish laws, culminating in the November 1938 pogrom known as Kristalnacht, restricted Jews from the German economy and legalized the confiscation of Jewish property

The Central Office for Jewish Emigration, under the direction of Otto Adolf Eichmann, empowered the SS  (Schutzstaffel)  to make all decisions regarding the fate of Jews

With outbreak of WWII, anti-Jewish laws of variable intensity were enacted in occupied territories