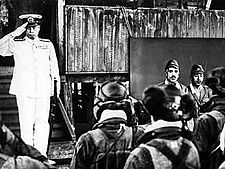 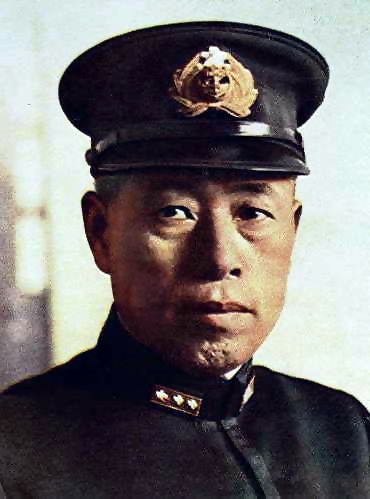 “In the first six to twelve months of a war with the United States and Great Britain, I will run wild and win victory upon victory. But then, if the war continues after that, I have no expectation of success.”

Isoroku Yamamoto, the architect of Imperial Japan’s attack on Pearl Harbor, lived in the United States from 1926-28 as a young naval attaché in Washington D.C. Impressed by American vitality and industrial capacity, he cautioned Japan’s military planners that a war with the USA would prove costly.

In his private life, Yamamoto was a calligrapher and poet who also enjoyed challenging games such as billiards, bridge, Ma Jong, poker, Shoqui (a chess-like game) and gambling. The father of four children, but apparently not close with his wife, Yamamoto was a frequent visitor at geisha houses.

As commander of Japan’s naval forces in the Pacific, Admiral Yamamoto was an advocate of air power. Early in the Pacific War, he promoted a strategy intended to draw the U.S. into a decisive naval battle that would force a negotiated peace. The catastrophic outcome of the Battle of Midway Island in June 1942 is seen by most historians as the major turning point in the Pacific War.

In the early morning of April 18, 1942, unaware of Allied decryption of Japan’s secret military messaging cipher , Admiral Yamamoto took off from the Japanese stronghold at Rabaul with a bomber and fighter escort. At his intended destination Bougainville Island, he planned an inspection tour, hoping to boost the morale of Japanese troops who, after the fall of Guadalcanal, were struggling to maintain control of the Solomon Islands.

At 0930 AM, after two hours in the air,  the American “Killer Flight” group engaged the bombers and Zero fighters transporting Yamamoto. Raked with machine gun fire, Yamamoto’s  bomber crashed in the jungle. A search party later found Yamamoto’s body, thrown from the plane, still sitting in his seat with a hand on his Samurai-style katana sword. There were two bullet holes in his head and shoulder.