In May 1948, following the Israeli Declaration of Independence, the ongoing civil strife between Arabs and Israelis erupted into a full-scale war. Armed forces from Egypt, Jordan, Syria and Iraq entered Palestine (Jordan did not attack). Fighting continued for 10 months (with several truce periods) in the former territory of the British Mandate, the Sinai Peninsula and southern Lebanon. 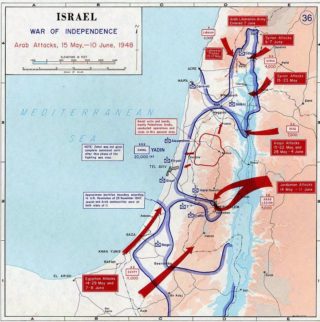 At the end of the war, Israel was in control of the area proposed by the UN for a Jewish state. Additionally, Israel now controlled ~60% of the area proposed for an Arab state in the 1948 Partition Plan (including Jaffa, Lydda and Ramle, Galilee, parts of the Negev, a wide strip along the Tel Aviv–Jerusalem road, West Jerusalem and some territories in the West Bank). Transjordan retained control of the remainder of the former British mandate, which it annexed, and the Egyptian military took control of the Gaza Strip. 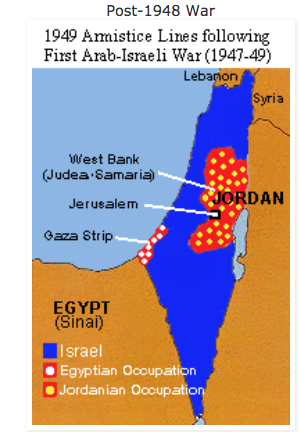