Battle of the Bulge

In December 1944, under overcast skies that limited Allied aerial surveillance, >250,000 German troops and armored divisions launched a surprise attack in the weakly-defended, rugged forest of Ardennes. With a thrust toward Antwerp Belgium, the advance was intended to split the Allied armies in northwest Europe.

Fierce American resistance on the northern and southern borders of the offensive, blocked German access to key roads needed for success. American resilience, improved flying weather, terrain favorable for defense and shortage of fuel delayed the German advance, allowing the Allies to reinforce their lines and foil the last great German offensive of the war. 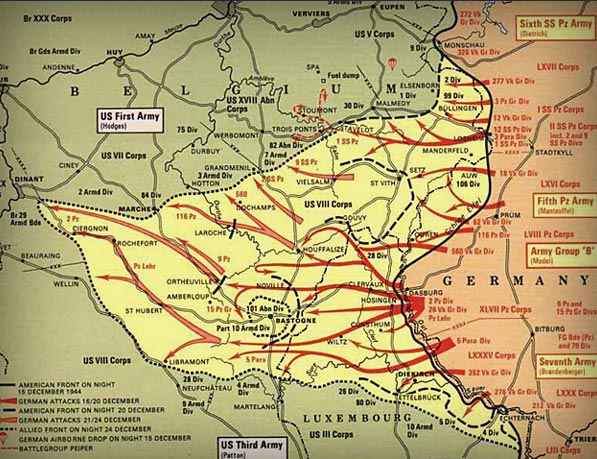