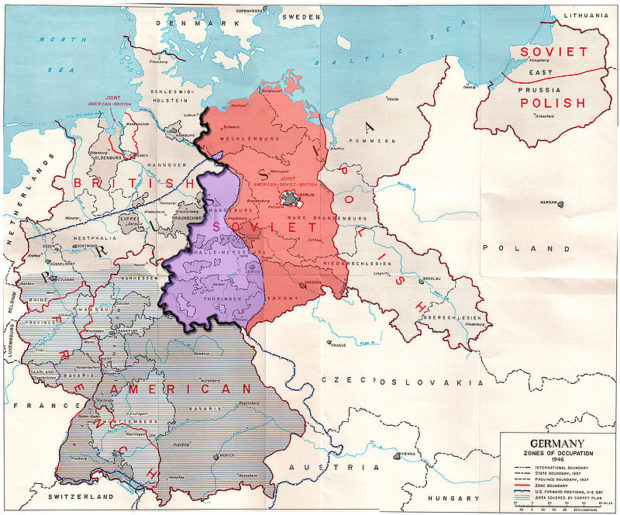 In 1946, with increased Cold War tension arising between the Allies, the agreement to govern Germany as a single unit through the Allied Control Council began to break down. The ultimate result in 1949 was the merger of zones controlled by the Western Allies into the Bundesrepublik Deutschland (Federal Republic of Germany) and formation of the Deutsche Demokratische Republik (German Democratic Republic) in the Russian zone.

Although the city of Berlin fell in the middle of the Russian zone of occupation, the Western Allies maintained their established occupation zones in West Berlin. When East Berlin was declared capital of the Communist German Democratic Republic, West Berlin became a de facto part of the Federal Republic of Germany. 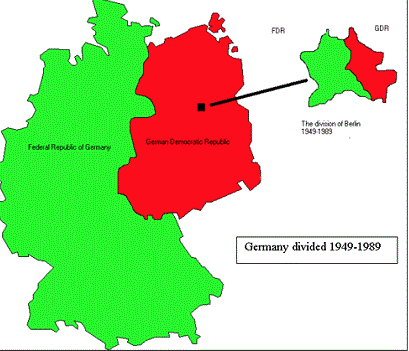 Source: The Birth of the German Democratic Republic 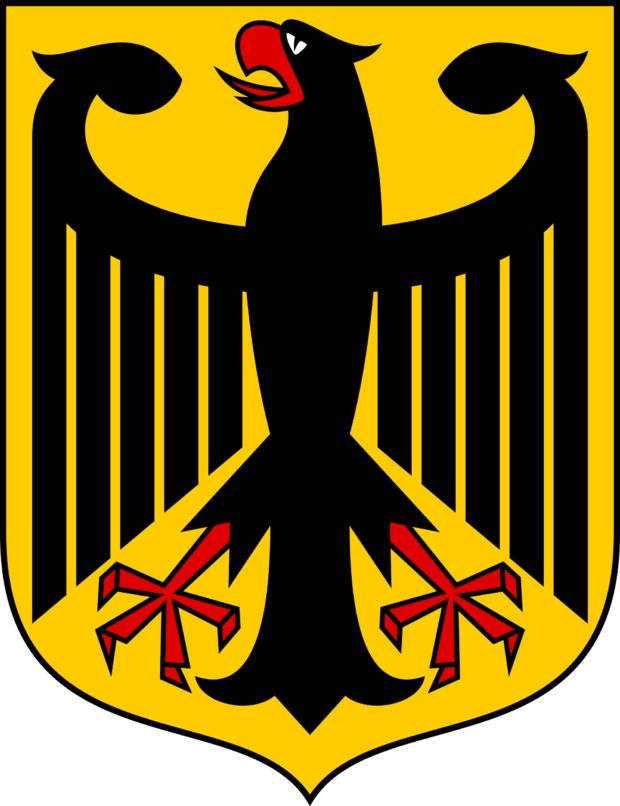