From February 13-15 1945, British RAF and American USAAF heavy bombers dropped more than 3,900 tons of high-explosive detonation bombs and incendiary devices on the city of Dresden. The bombing and resulting firestorm destroyed most of the city center and killed ~22,700 to 25,000 people (although inflated casualty figures have often been cited).

Nazi propaganda following the attacks (claiming up to 200,000 casualties) and post-war discussions have seriously questioned whether or not the raids represented justifiable military action.

A 1953 USAF report justified the bombing, noting that Dresden was a major rail transport and communication centre, and housed 110 factories with 50,000 war industry workers. Critics of the bombing claim it was indiscriminate area bombing of a cultural landmark with little strategic significance.

Dresden before the firebombing of 1945 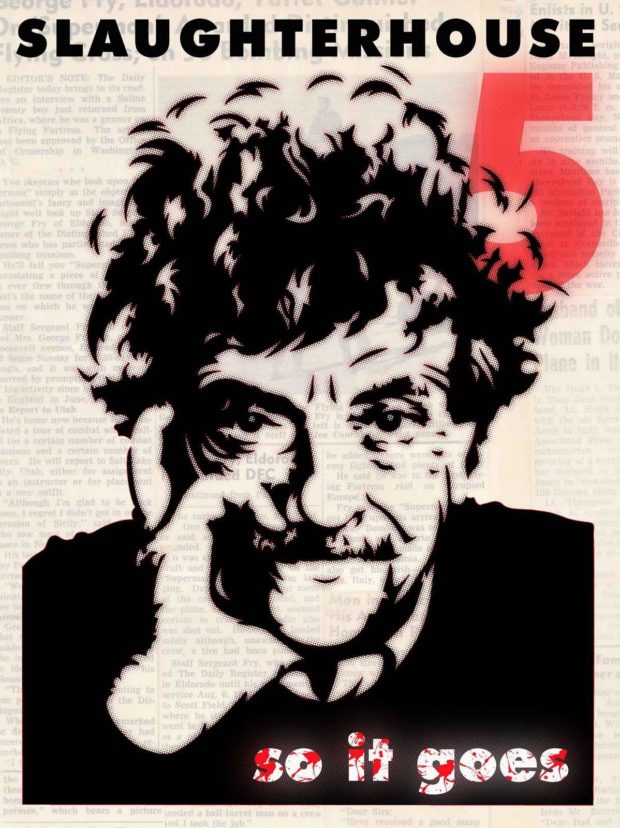 A central event in Kurt Vonnegut’s satirical book Slaughterhouse Five is the American POW protagonist’s survival during the Allied bombing of Dresden. Apparently, the description of the event in the novel is semi-autobiographical.

Excerpt from Kurt Vonnegut’s Slaughterhouse-Five :  “It wasn’t safe to come out of the shelter until noon the next day. When the Americans and their guards did come out, the sky was black with smoke, The sun was an angry little pinhead. Dresden was like the moon now, nothing but minerals. The stones were hot. Everybody else in the neighborhood was dead…So it goes…”