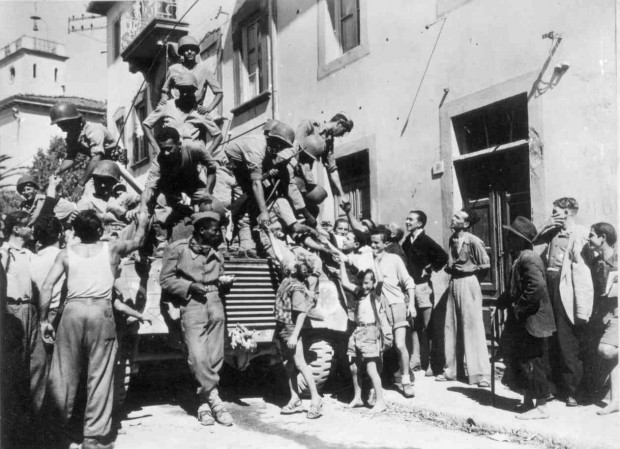 Under the dictatorship of Getúlio Vargas, Brazil remained neutral in the early months of WWII. Then, due to repeated U-boat attacks on Brazilian ships between February and August, the government of Brazil declared war against Germany and Italy in August 1942.

Brazil went on to play a major role in defense of the hemisphere from Axis powers.

With the understanding that they would be turned over to Brazil at war’s end, several U.S.  airfields were constructed on Brazilian soil.  The largest U.S. airbase on foreign soil was built at Natal and the U.S. Navy Fourth Fleet sailed out of Recife.

The Brazilian Navy also initiated effective anti-submarine patrols  in the South and Central Atlantic Ocean. After losing nine U-boats off the Brazilian coast in 1943, German submarines were ordered to avoid the area.

In 1944, the Brazilian Expeditionary Force and several Air Force groups were sent to join the U.S. Fifth Army in Italy.

Although others declared war on the Axis powers, Brazil was the only South American country to send its military into battle overseas in WWII.