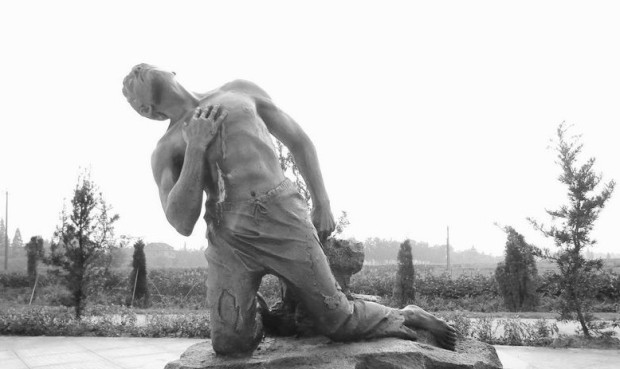 Changjiao Educational Base for Patriotism

While the most infamous was the 1937 Rape of Nanking, the Japanese Army also committed many other atrocities throughout Asia during WWII. The Changjiao massacre, a four day rampage carried out by the Japanese China Expeditionary Army in May 1943, involved the murder of ~30,000 Chinese civilians.

It is highly likely that all armies have some soldiers who commit atrocities in wartime. However, it is probable that most regular army command structures do not condone such behavior and incidents are usually isolated. Organized atrocity, as seen with the Holocaust or the German Einsatzgruppen who murdered Jews, Soviet Commissars and other “undesirables” on the Eastern Front is less common.

Numerous well-documented reports indicate the Japanese Army was exceptionally brutal in its conquest and occupation of Asian countries. The Japanese “big brother” who was supposed to represent the “Light of Asia” and free exploited people, ended up being an abusive, murderous occupier.

It is very disturbing today, that unlike modern-day Germany, a country that has gone through a great deal of processing about Nazi wartime crimes, Japan has still not come to complete terms with the atrocities their soldiers committed throughout WWII.