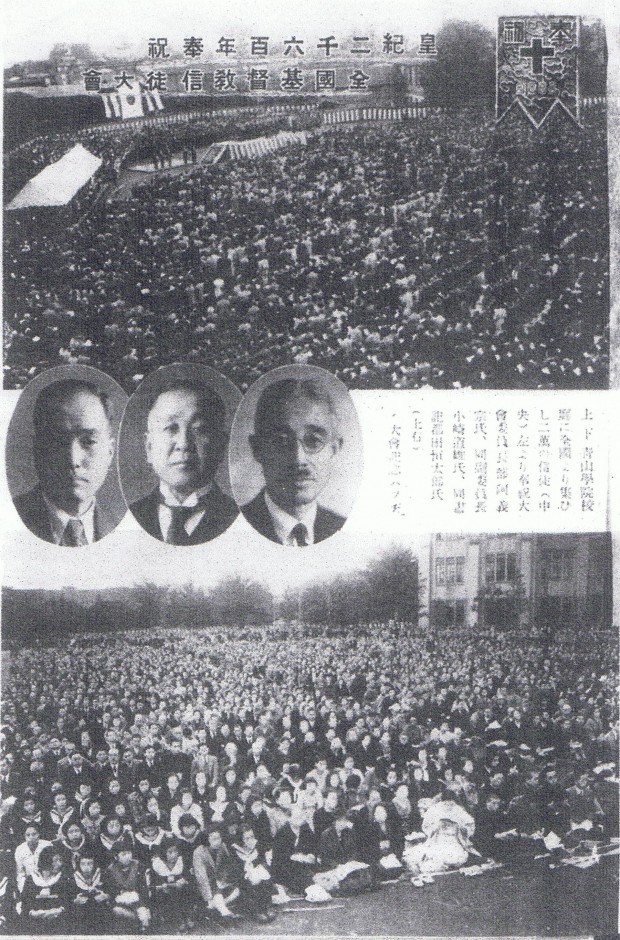 When Roman Catholic missionaries arrived in the 16th century, thousands of Japanese converted from Shinto/Buddhism to Catholicism. In the 17th century, Christianity was banned – followers and missionaries who persisted were killed.  Suspected Christians were forced to burn crosses and tread on images of Christ and the Virgin Mary. In the next four centuries, Japan remained isolated from the outside world. Clandestinely, Hidden Christians (kakure kirishitan) continued a variation of Catholicism with prayers that emulated Buddhist chants, retaining many untranslated Latin, Spanish and Portuguese words.

Although State Shinto was the official religion during the 19th century Meiji Restoration, freedom of religion was respected and missionaries were allowed to return.  Christian clergy converted many Japanese to Methodists, Episcopalians/Anglicans, Lutherans, Baptists, Roman Catholics, Russian Orthodox, Mormons and Unitarians. The most popular denomination was the Kyōdan Congregationalist Church (United Church of Christ).

In 1931 a militarized government forced all Christians to merge into the United Church of Christ. During WWII, many Christians were persecuted for their perceived association with the enemy and many fled the country. In 1945, free religion was once again allowed and all former denominations were revived. Today, there are approximately one million Christians in Japan.