On March 9, 1945, with the code name “Operation Meetinghouse,” 334 B-29 bombers under the command of Colonel Curtis LeMay, took off from USAAF bases in the Mariana Islands. Shortly after midnight on March 10, the B-29s flew over densely-populated areas of Tokyo at the relatively low altitude of 7,000 feet.

Prior to the raid, U.S. Army engineers at the Dugway Proving Ground in Utah had tested the firebombing technique on a mock-Japanese village constructed of wooden houses. As predicted, ~1600 tons of napalm-filled incendiary bombs released over Tokyo in the next 48 hours initiated enormous firestorms that engulfed 15 square miles of the city.

Although estimates vary, between 80,000-130,000 Japanese civilians were killed in the worst single firestorm in recorded history. Several times that number of civilians were injured and more than a million people were left homeless. 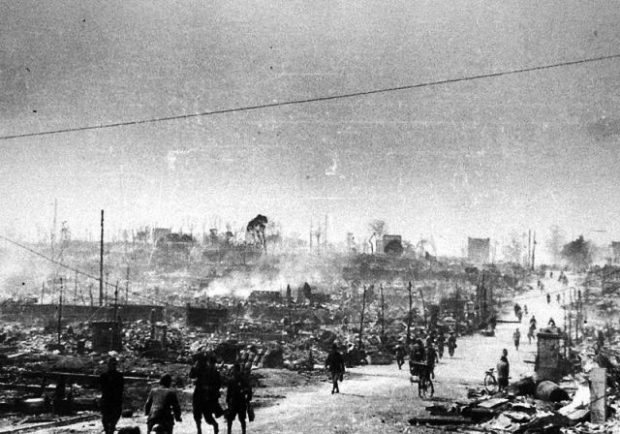 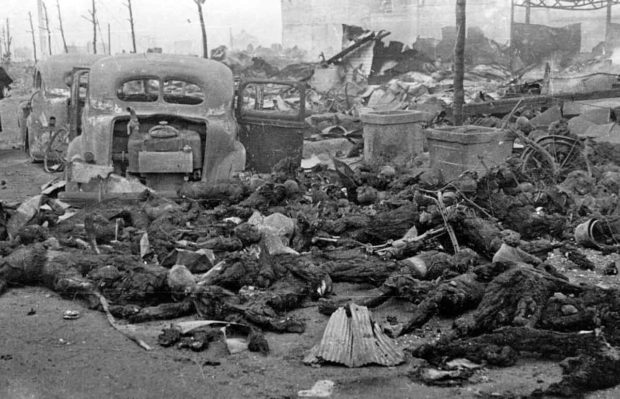 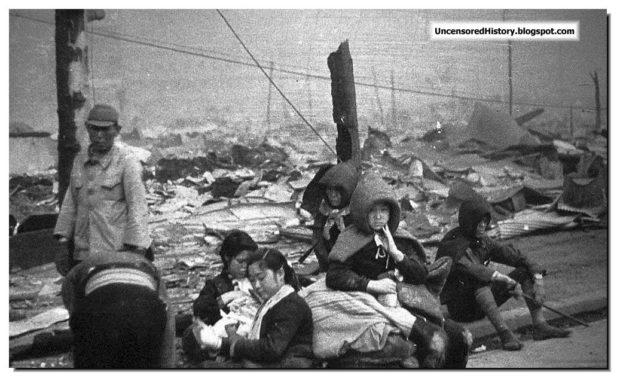 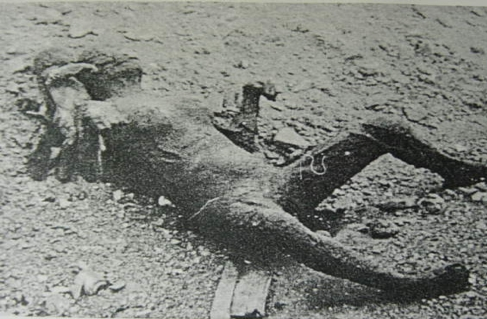