Hitler Assumes Command of the Army 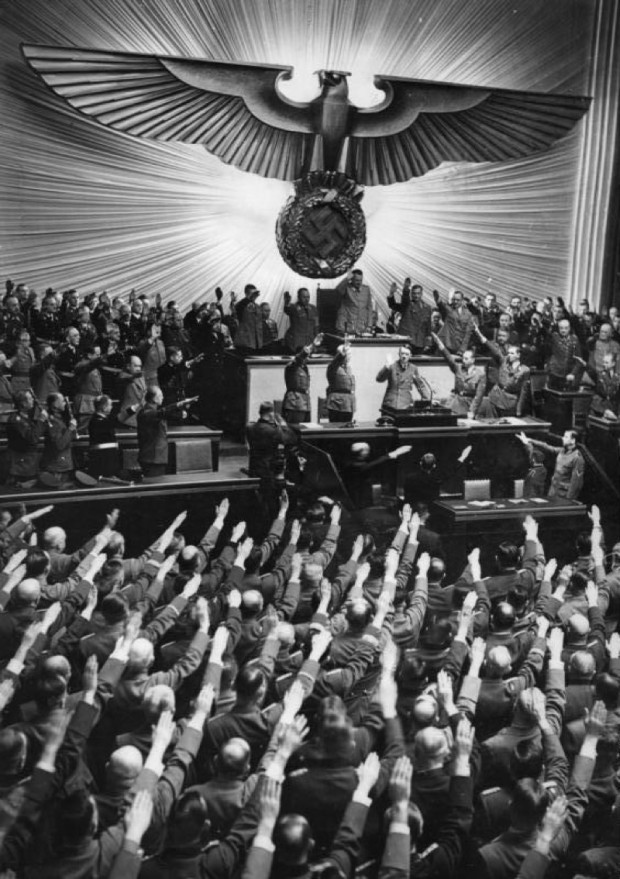 “…These tasks require that the army and home front be brought to the highest degree of performance in one common effort by all. However, the army is the main pillar in the fight of the armed forces. I have, therefore, resolved today, under these circumstances, to take over myself the leading of the army in my capacity as Supreme Commander of the German armed forces.

Soldiers, I know war from four years of the gigantic struggle in the West from 1914 to 1918. I lived through the horrors of nearly all the great battles as a common soldier. Twice I was wounded, and I was threatened with becoming blind. Therefore, nothing that is tormenting and troubling you is unknown to me.

However, after four years of war I did not doubt for a single second the resurrection of my people. After fifteen years of work I have achieved, as a common German soldier and merely with my fanatical will power, the unity of the German nation and have freed it from the death sentence of Versailles.

My soldiers! You will understand, therefore, that my heart belongs entirely to you, that my will and my work unswervingly are serving the greatness of my and your nation, and that my mind and determination know nothing but annihilation of the enemy-that is to say, victorious termination of the war.

Whatever I can do for you, my soldiers of the army and Elite Guard, shall be done. What you can and will do for me, I know. You will follow me loyally and obediently until the Reich and our German people are definitely safe. God Almighty will not deny victory to His bravest soldiers.”