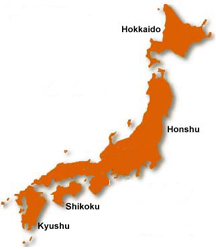 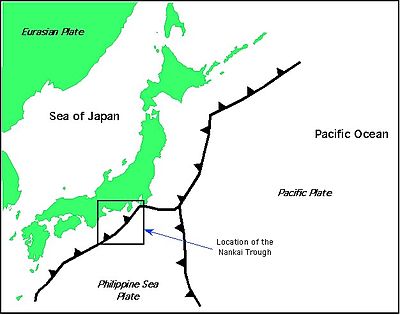 On December 21, 1946 an 8.1-.4 magnitude undersea earthquake initiated a powerful tsunami in the Nankai Trough off Japan’s largest island Honshū. When 20-foot waves hit shore, buildings were obliterated and ~2,000 ships were capsized. 60,000 square miles were flooded and 40,000 homes were completely destroyed.  ~2,000 people were killed and half a million made homeless. 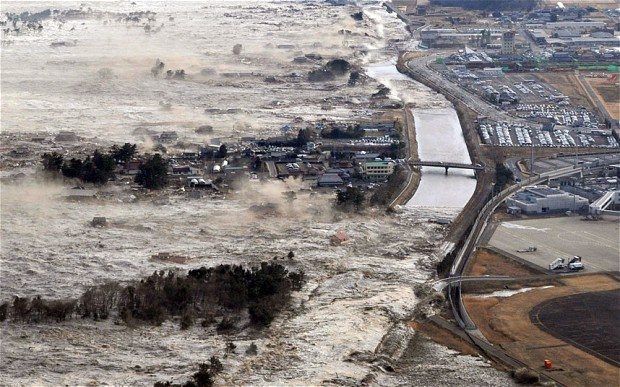 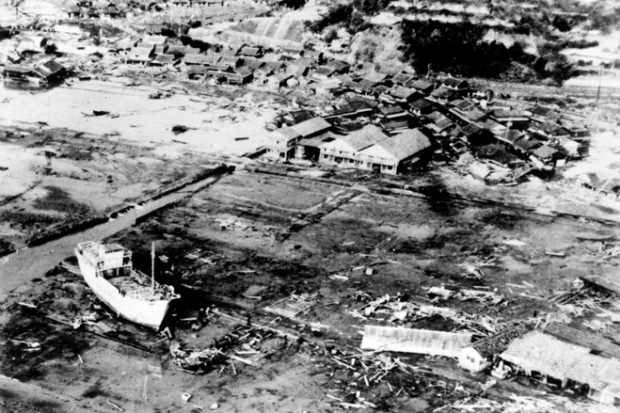 In measuring the impact of this disaster, it is important to recall that this huge tsunami occurred only a year after a devastating air raid campaign of incendiary bombing directed against Japanese civilians in the final stages of the Pacific War. 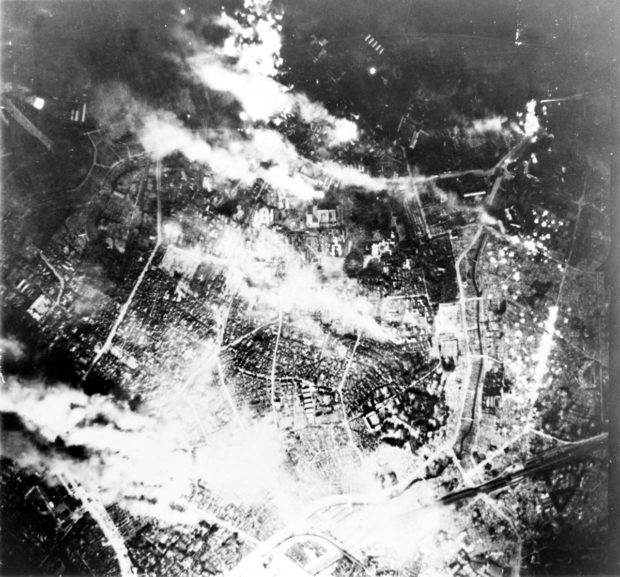 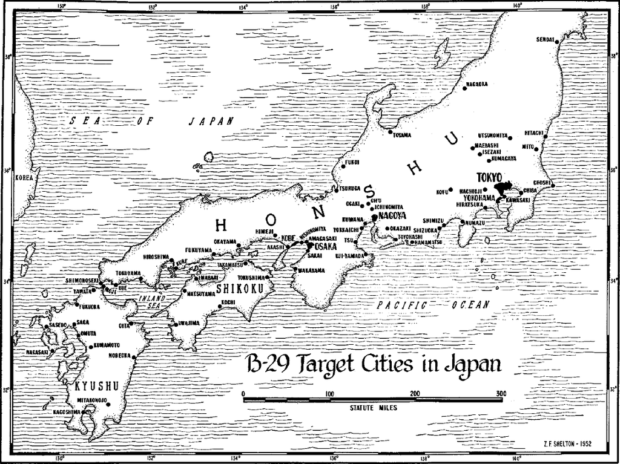 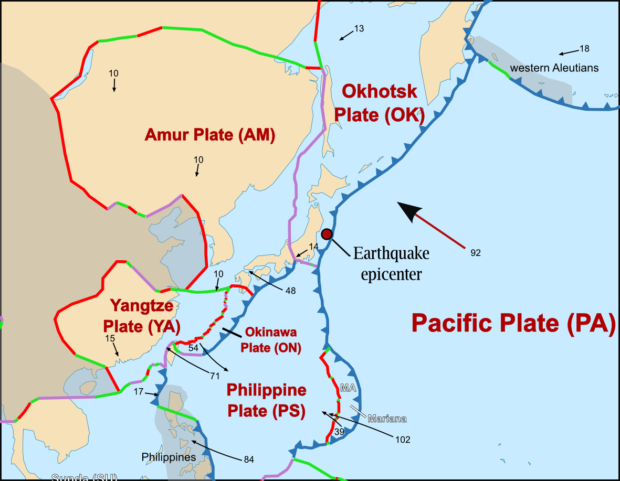 Japan has such a large potential for earthquakes because the country sits on top of four tectonic plates.

The 2011 Tōhoku earthquake, also known as The Great East Japan Earthquake (東日本大震災), was the most powerful earthquake ever recorded in Japan (fourth most powerful in the world) since modern record-keeping began in 1900. 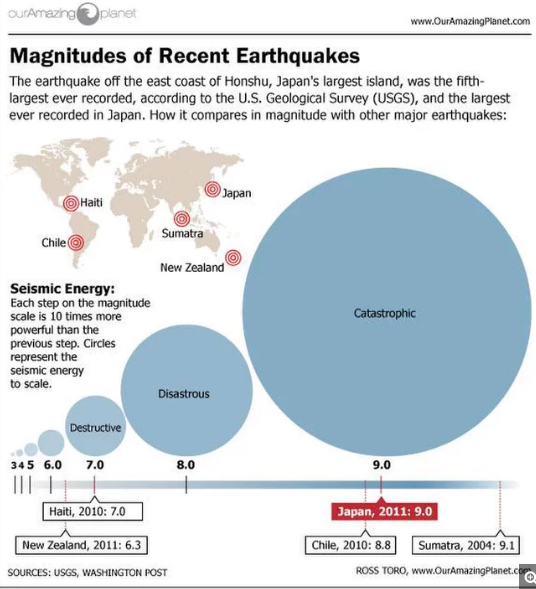