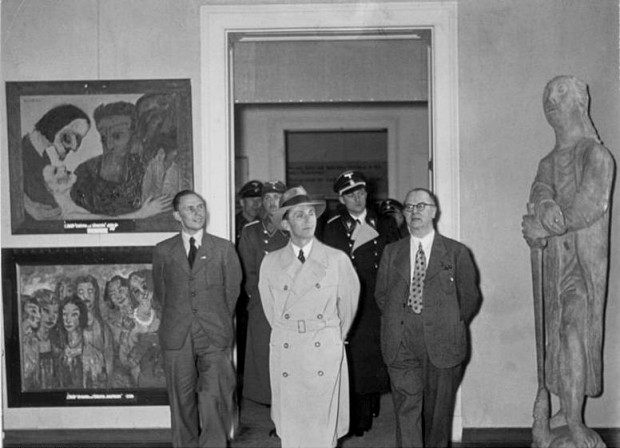 Entartete Kunst was the term used by the Nazis to describe art that was banned on the grounds that it was un-German or Jewish/Bolshevist in nature. “Degenerate” artists were subjected to sanctions, dismissed from teaching positions, forbidden to exhibit or to sell their art, and sometimes forbidden to produce art at all.

In 1937, an Entarte Kunst exhibition was staged in Munich by the Nazi regime. In an attempt to turn public opinion against modernism, modernist art was chaotically displayed and mocked.