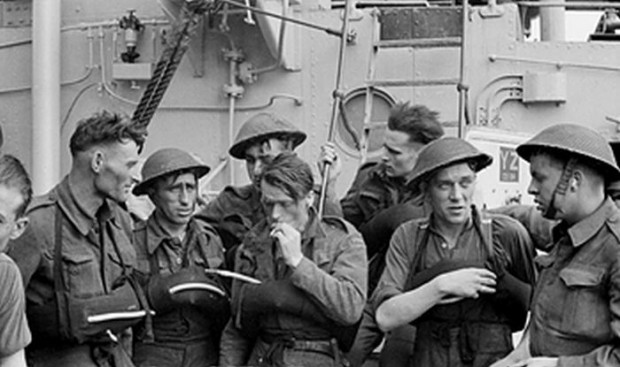 In the summer of 1942, with Russia suffering the brunt of the European war, there was immense pressure on Great Britain to mount an offensive operation on the Western front.  A plan (Operation Jubilee) was developed to raid the German held French port of Dieppe on the channel coast and hold it for at least two tides in order to exact maximal destruction before withdrawing. The large division-size raid was intended to provide the Allies with experience in conducting an amphibious assault on a defended coast.

“Don’t worry men, it’ll be a piece of cake!” Canadian Major-General “Ham” Roberts declared while briefing his officers on the eve of the raid in August 1942.

Unfortunately, a number of factors resulted into a virtual Allied massacre: poor intelligence regarding German defenses, early detection by German naval vessels, 100-200 foot cliffs above the landing zones, lack of air cover, a breeze that blew away smoke cover and fierce German opposition.