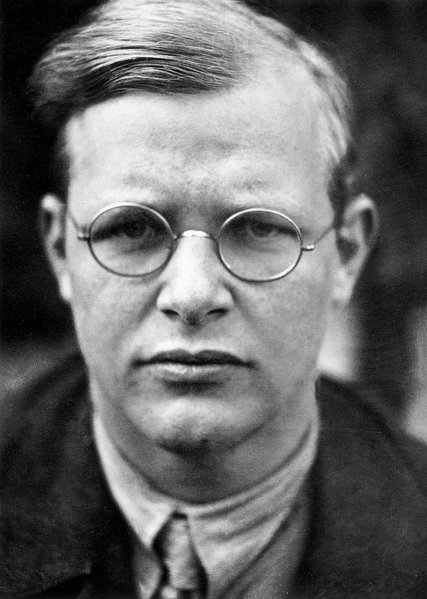 Dietrich Bonhöffer (1906 –1945) was a German Lutheran theologian and founding member of the Confessing Church that arose in opposition to government-sponsored efforts to permeate German Protestant churches with Nazi doctrine.

An outstanding academic theologian, Bonhöffer obtained his bachelor’s and master’s degrees at the University of Tübingen, a Doctor of Theology and an additional Doctorate of Habilitation (the highest degree available) at the University of Berlin. In 1930 Bonhöffer completed postgraduate study and a teaching fellowship at Union Theological Seminary in New York.

Bonhoeffer voiced staunch resistance to the Nazi euthanasia program and genocidal persecution of Jews. Arrested in April 1943 by the Gestapo, he was imprisoned for one and a half years before being transferred to a concentration camp. Accused of being an accomplice in the plot to assassinate Hitler, he was executed in April 1945.

Since his death, Dietrich Bonhöffer’s thoughts on the role of Christianity in the secular world have been widely disseminated. His book The Cost of Discipleship is considered by many to be a modern classic. 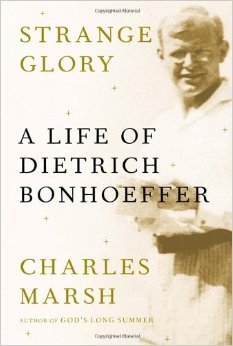 “In “Strange Glory,” Charles Marsh, a professor of religious studies at the University of Virginia, renders Bonhoeffer’s life and thought in exquisite detail and with sympathetic understanding, and in the course of more than 500 pages, we see Bonhoeffer’s transformation from pampered scion and theological dilettante to energetic churchman and Christian martyr, all against the backdrop of cataclysmic changes in Germany...”   –   NY Times August 8, 2014