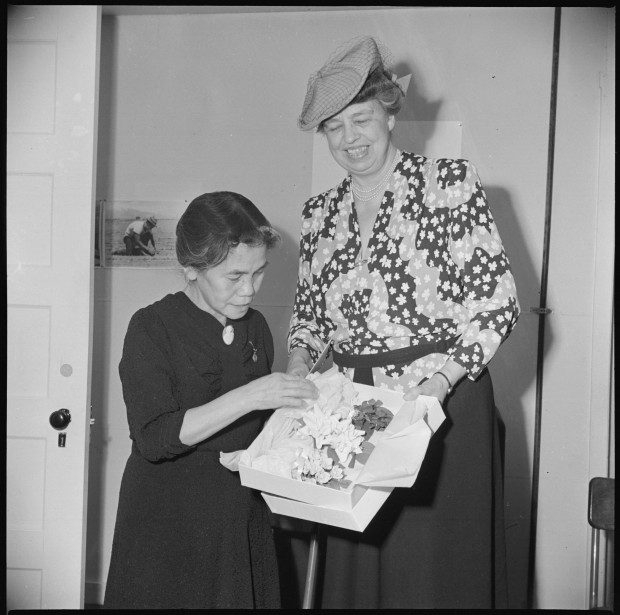 As the mother of four sons on active duty, the First Lady, Eleanor Roosevelt became an important symbol of patriotism during WWII.  She insisted that the White House practice the same food and gas rationing system as the rest of the country, participated in air raid drills and learned how to use a gas mask.

In her volunteer wartime efforts, she reflected and emphasized the work of American women who held jobs previously performed by men before they were sent overseas. She had a victory garden planted on the south lawn of the White House and made frequent radio appeals for Red Cross donations.

Throughout WWII in public remarks and writings, she emphasized the role of democracy against the tyranny of fascism  A frequent public critic of Hitler and Mussolini – they in turn made personal attacks against her in their own broadcasts.

Read her syndicated newspaper column My Day for this day 72 years ago.