This haunting  scene from the 1963 film The Victors depicts the Christmas Eve execution of a GI deserter modeled after Private Eddie Slovik.

Private Eddie Slovik was the first American soldier since the Civil War to be executed for desertion. A draftee, Slovik was originally classified 4-F because of a prison record (car theft), but later reclassified 1-A when draft standards were lowered to meet growing army needs.

In August 1944, trained as a rifleman, Slovik was sent to France with the 28th Infantry Division, a unit which had suffered massive casualties in France and Germany.  Lost in the chaos of battle as he approached the front line, Slovik was was turned in to U.S. military police by a Canadian unit. Reunited with his 28th Division in Belgium, no initial charges were brought, as replacements getting lost was not considered unusual.

Slovik, however, claiming he was too scared to be a rifleman, ran away. When he subsequently returned, he signed a confession of desertion and submitted it to an officer who advised him to rescind it, as the consequences could be dire. But Slovik refused and was confined to the stockade.  Refusing a deal offered him to return to combat immediately and avoid court martial, Slovik was convicted of desertion and sentenced to death.

A last appeal to the Supreme Allied Commander came, inopportunely, during the Battle of the Bulge and Eisenhower upheld the death sentence. Private Slovik was then executed by a 12-man firing squad in eastern France. 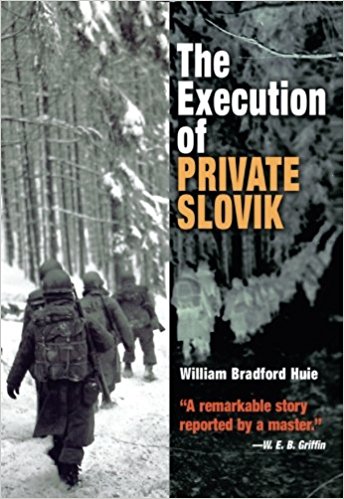 The Execution of Private Slovik was written by William Bradford Huie in 1954. 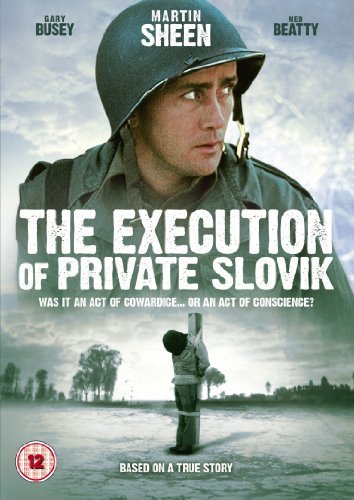 Broadcast on TV in 1974, as Americans were confronting their withdrawal from Vietnam,  The Execution of Private Slovik, starring Martin Sheen, Gary Busey and Ned Beatty, became one of the most-viewed made-for-TV movies in American history.