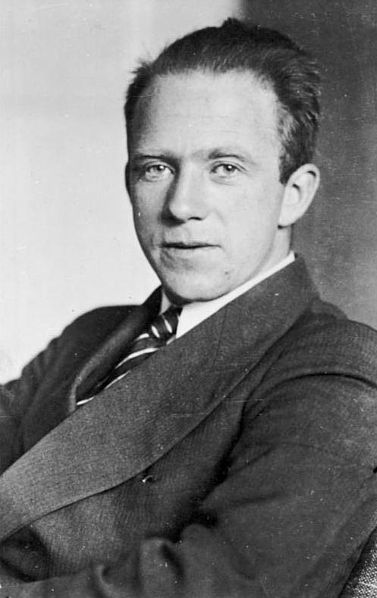 In 1927, the German theoretical physicist Werner Karl Heisenberg published his famous paper regarding the  uncertainty principle .

In 1932 he was awarded the Nobel Prize for the his role in creating the field of quantum mechanics.

In 1939, shortly after the discovery of nuclear fission, Heisenberg became a principal scientist in the German nuclear energy project known as the Uranverein (Uranium Club). In February 1942, he proposed acquiring energy from nuclear fission  to Reich officials. Subsequently, the Uranium Club became the Reich Research Council with emphasis on the development of nuclear weapons.

Heisenberg maintained that a nuclear bomb could be built by 1945 if significant funding and priority were given to the project. In June 1942, Hitler reorganized the Reich Research Council under Reich Marshall Hermann Göring as the Reich Ministry for Armament and Ammunition.