Instead of battleships, fleet carriers became the primary striking force of the U.S. Navy in late 1944. The Fast Carrier Task Force operated in Pacific waters from January 1944 until the end of WWII in August 1945.

After the conquest of Okinawa, the next invasion was scheduled to be in October 1945 with Operation Olympic, the invasion of Kyushu.

While the U.S. Navy 3rd Fleet returned to Leyte to resupply and rest, a series of fast carriers operations against industrial plants, infrastructure and airfields from Hokkaido to Kyushu were planned. 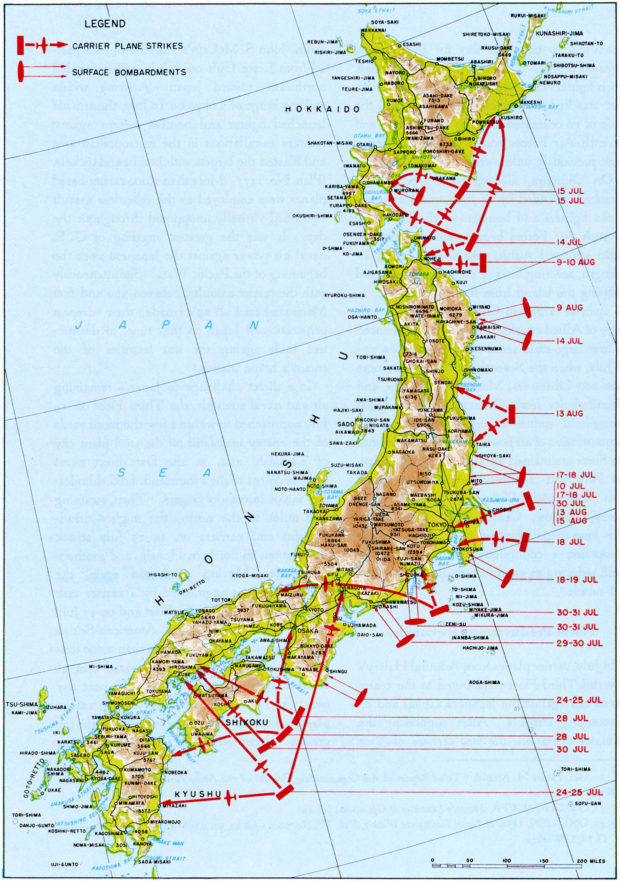 In July 1945, carrier-launched air raids attacked the cities of Aomori and Hakodate and severed the car and rail ferry link between Honshu and Hokkaido. Eight of the twelve ferries carrying Hokkaido’s coal supply to the vital industries on Honshu were sunk, two were heavily damaged, and two beached. 400 passengers were killed. 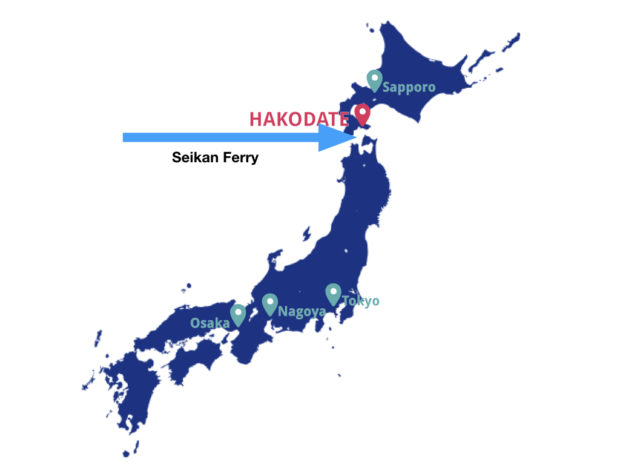 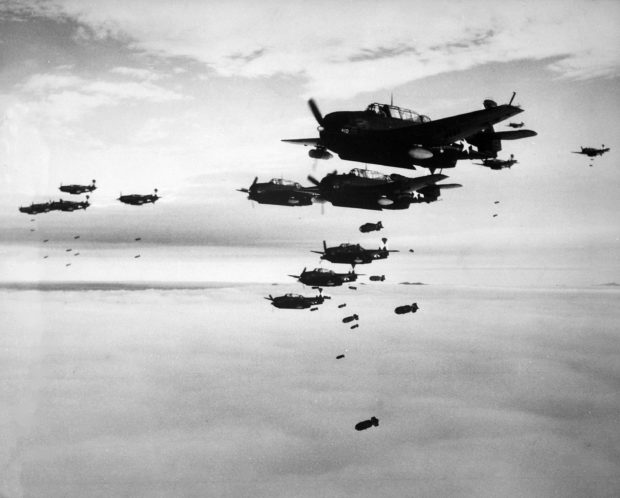 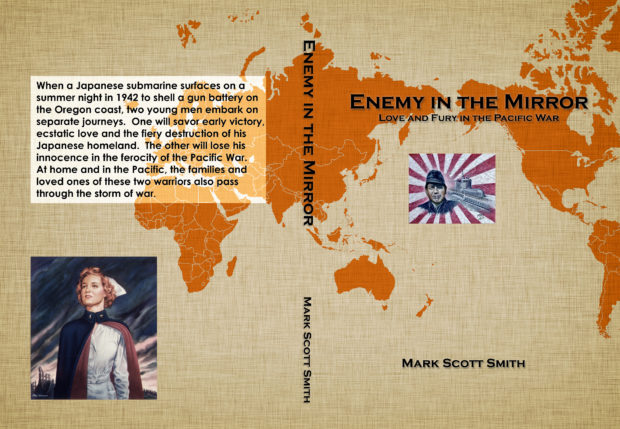 Excerpt from my book Enemy in the Mirror: Love and Fury in the Pacific War

…A little after four o’clock Fumiko and Miyoko boarded the tram back to the harbor. As was the custom, most of the passengers were sitting quietly, not making eye contact. Miyoko stood and offered her seat to an elderly woman carrying a large bundle. Fumiko looked about the car discreetly. Several young men in summer white uniforms were quietly conversing in the rear. A young child with half-closed eyes leaned against her expressionless mother.

Just past the Red Cross Hospital, the tram suddenly lurched to a stop. For a moment, the startled passengers looked at one another quizzically, then the air raid sirens began to moan. The conductor opened the doors and calmly directed everyone to get off the tram. Knowing that rail lines were often the target of marauding airplanes, the passengers quickly ran away from the tracks.

Fumiko and Miyoko ran across the street as flashes of light and the sound of explosions came from the harbor. There was no air raid shelter in sight, so they huddled against the wall of a concrete building. Cars and trucks were abandoned by the roadside and a lone bicyclist peddled frantically up the street. The continuous drone of aircraft engines was interspersed with decrescendo whistling, muffled booms and machine gun fire. Clouds of black smoke flecked with flashing red ash were beginning to billow over the western part of the city.

Fumiko drew the terrified Miyoko to her and squinted into the distance. A gray haze permeated with the smell of petroleum, burning wood and cordite was advancing toward them. Then a black shadow, emitting hyphenated ribbons of white light, broke out of the swirling cloud of smoke. Streaking low over the rooftops, it soon became a silvery blue color. White stars in blue circles were stenciled on its wings and fuselage. From photographs she’d seen in the newspaper, Fumiko recognized the Grumman Avenger. Bullets ricocheted off the pavement and riddled the abandoned tram in the middle of the street. Fumiko could see the crew of the torpedo bomber as it flew low only a hundred meters away. How uncanny! She could almost reach out and touch the enemy. The plane banked and roared off, rapidly becoming a speck in the sky.

Soon dozens of airplanes were attacking the railheads, wharves and dockyards of Hakodate with bombs, rockets and machine gunfire. Only a few dilapidated Zeros rose to challenge the swift and agile American dive bombers as they maneuvered freely through ineffective fire from the antiaircraft batteries in the harbor. After several runs, the sleek attack bombers abruptly flew back out to sea leaving the harbor in flames. In one brief surgical strike, the vital link transporting coal from Hokkaido to the dependent industries of Honshu had been severed…