Colonel Curtis Emerson LeMay  designed and implemented an effective, but highly controversial incendiary bombing campaign against Japanese civilians in the final stages of the Pacific War. 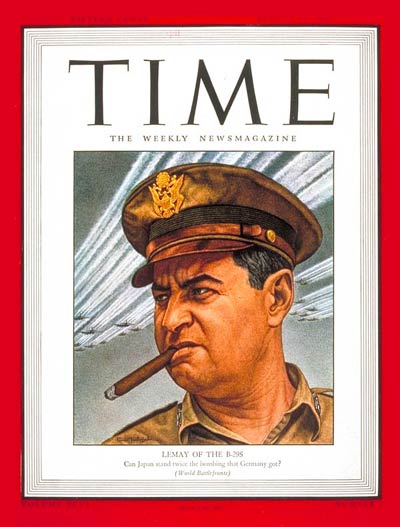 In December 1944, LeMay was transferred from China to assume command of the USAAF XXI Bomber Command. Given frequent cloudy weather and the powerful jet stream over the Japanese islands that often blew bombs off target, LeMay was convinced that high-altitude precision bombing was ineffective.

LeMay subsequently ordered massive incendiary attacks by B-29 Super fortresses on 64 Japanese cities. The most commonly cited estimate of Japanese casualties from the raids is 333,000 killed and 473,000 wounded.