In August 1944, a riot broke out at Fort Lawton, Washington between Italian POWs and U.S. African-American soldiers. Dozens of men were injured before military police intervened. The next morning, an Italian POW was found hanged.

Interpretation of the riot and subsequent events, including an attempted coverup and inadequate initial criminal investigation by the Army, were highly controversial. Newspaper accounts, however, attributed the events to African-American soldiers’ resentment of lenient treatment of Italian POWs while racist practices by the Army continued.

After weeks of investigation by a legal team from the Pentagon, 43 African-American soldiers were charged with rioting. Three of them received the additional charge of murder. A Court Martial found 28 of the 43 defendants guilty of rioting and one guilty of manslaughter. An automatic appeal was rejected by the U.S. Army’s Board of Review.

At the end of the war, President Harry Truman granted clemency to the defendants and, by 1949, all were released from prison. 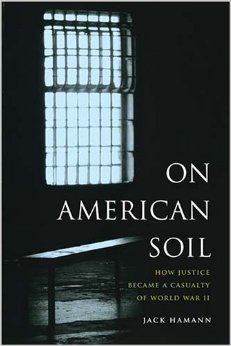 The 2005 book On American Soil by Jack Hamann  prompted a review by the U.S. Army Board for Correction of Military Records. The Board subsequently ruled that the prosecutor of the Fort Lawton defendants had committed “egregious error,” and all convictions should be reversed. In 2008, after efforts from Rep. Jim McDermott, President George W. Bush signed legislation allowing the Army to disburse back pay to the defendants or their survivors.