In May 1948 the United Nations Temporary Commission on Korea (UNTCOK) arrived in Seoul to set up supervised Korean elections, after which the country would become independent of U.S. and Soviet control. Rejecting U.N. supervision of elections, Northern Korea blocked UNTCOK from entering its part of the country and refused to participate in the UN-sanctioned election. 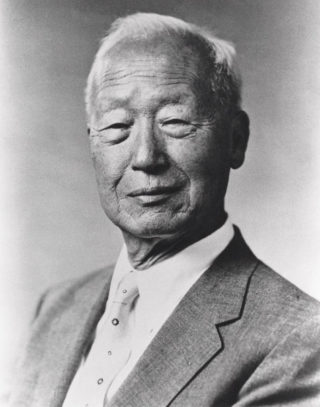 Korean independence leader Syngman Rhee (a staunch anti-Communist promoted by the U.S.) urged proceeding with the elections without the northern vote. Many southern Koreans who felt a unilateral election would doom any possibility of reunification of the country, strongly objected. Several prominent southern leaders went north to negotiate a settlement with the northern Koreans, but were unsuccessful.

In May 1948 the Republic of Korea’s first Korean National Assembly was elected. After Syngman Rhee was inaugurated president of the Republic of Korea in August, he began an immediate crack down on opposition within South Korea. Many political arrests were made, and freedom of the press was restricted. 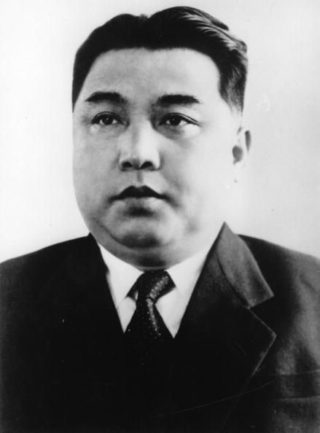 In September 1948, after elections were held in the north, the Democratic People’s Republic of Korea (DPRK) was created and the popular guerrilla leader Kim Il Sung was elected premier. Claiming he had received the majority of popular vote in (underground) elections in the south as well the north, Kim Il Sung insisted he was the legitimate leader of all Korea.

Like Syngman Rhee in the South, Kim Il Sung suppressed political opposition in the North. By 1949, Kim began promoting an intense personality cult. The first of many statues of him appeared, and he began calling himself “Great Leader.”

Here is an alternative (Russian) view of the 1948 Korean elections.