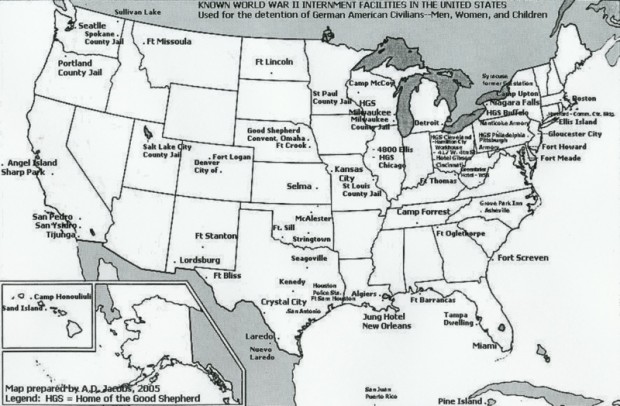 At the outbreak of WWII, unlike the smaller population of Japanese Americans, the very large German American population made mass detention unfeasible. However, under the authority of the Alien Enemies Act of 1798, German enemy aliens, immigrants, visitors and a small number of naturalized or native-born German-American citizens were interned. German citizens in coastal areas were evicted on an individual basis. A total of 11,507 Germans and German-Americans were interned during the war,  far less than the 110,000 Japanese-Americans interned.

Also, over 4,500 ethnic Germans in fifteen Latin American countries suspected of subversive activities by the FBI were extradited and detained in the U.S.  U.S. government WWII policies led to internment, repatriation and exchange of civilians of German ethnicity.