Unlike the treatment of German POWs in the USA, the Allied treatment of German military prisoners in Europe at the end of the war is quite controversial. With titles like Eisenhower’s Death Camps, The Real Holocaust, The Last Dirty Secret of WWII and Eisenhower Mass Murderer, many online posts and videos claim the Allies, under General Dwight Eisenhower‘s direction, intentionally mistreated and starved ~ one million German prisoners of war after Germany’s surrender in 1945. 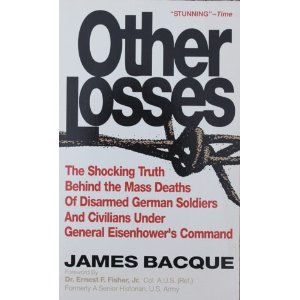 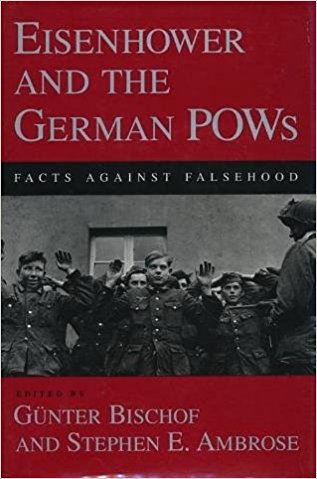 Other Losses published by Canadian writer James Bacque in 1989, claims General Eisenhower intentionally caused the deaths by starvation or exposure of ~a million German prisoners of war in internment camps following the surrender of Germany in 1945.

A perhaps more circumspect view, published by the historian Stephen Ambrose in the New York Times, acknowledges that General Eisenhower hated the Nazis (particularly after viewing the horror of their concentration camps) and there was indeed widespread mistreatment of German prisoners in the spring and summer of 1945. Ambrose states: “Men were beaten, denied water, forced to live in open camps without shelter, given inadequate food rations and inadequate medical care.”

Food shortage throughout Western Germany was a serious problem for the occupation forces.

Although required by the Geneva Convention, Eisenhower maintained the Allies could not afford to feed German prisoners at the same level as U.S. troops. Therefore the prisoners were assigned the designation of “Disarmed Enemy Forces”  instead of POWs. Field commanders were ordered not to feed the D.E.F.’s more than German civilians. 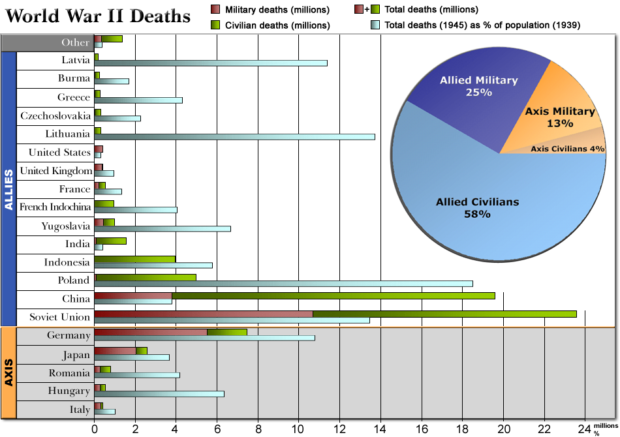