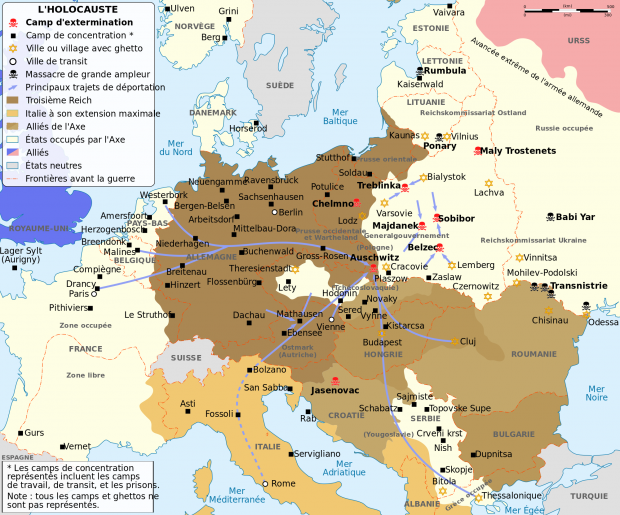 Several ordinances published by the occupation force during 1940-41 defined who was a Jew, what business activities they were allowed, confiscated their radios & bicycles, disconnected their telephones, set curfews just for them, closed public places, theaters and certain shops to them,  assigned them the last Metro coach, and banned Jewish music and art.

The first large scale incarceration of Jews took place in May 1941 when 4,000 foreign Jews were sent to concentration camps in France.  In December 1941,  Parisian Jewish community leaders, including doctors, academics, scientists and writers, were rounded up. In May 1942, all Jews were ordered to wear the yellow star.  Beginning in 1942, Germans deported  75,500 – 76,000 (mostly foreign-born) Jews from France to death camps.

From the start, the Vichy government openly collaborated with the Nazi occupiers to identify Jews for deportation and transportation to the death camps. At the same time, many non-Jewish French citizens risked their lives to save Jews from the Holocaust.