On 20 October, 1944, during the battle of Leyte Gulf, the U.S. Sixth Army landed on the Leyte Island in the Philippines.  Shortly after the landing, General Douglas MacArthur waded ashore with his famous declaration “People of the Philippines, I have returned.” 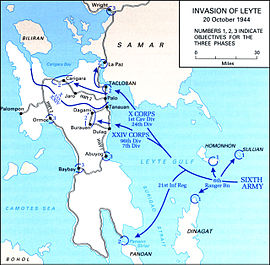 As the Japanese rushed reinforcements to the western side of the island, the U.S. Sixth Army continued to advance from the east,. With subsequent reinforcement, the American Army was reinforced successfully, and the U.S. Fifth Air Force was able to devastate further Japanese attempts at repelling the attack. In torrential rains, the American advance continued over difficult terrain to the neighboring island of Samar to the north. 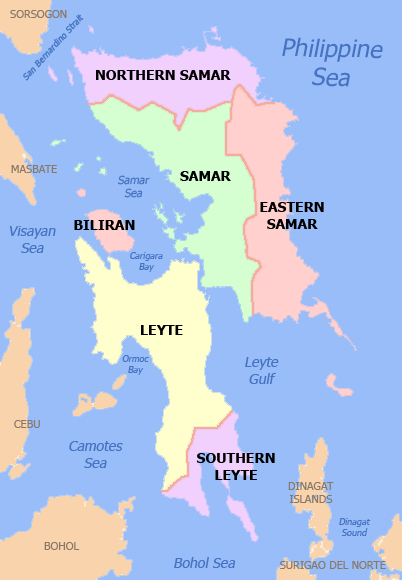 In December 1944, U.S. Army units landing at Ormoc Bay fought a major land and air battle that ultimately eliminated Japanese ability to reinforce and supply the island of Leyte. Although fierce fighting continued on the island for months, the U.S. Army was now in control.