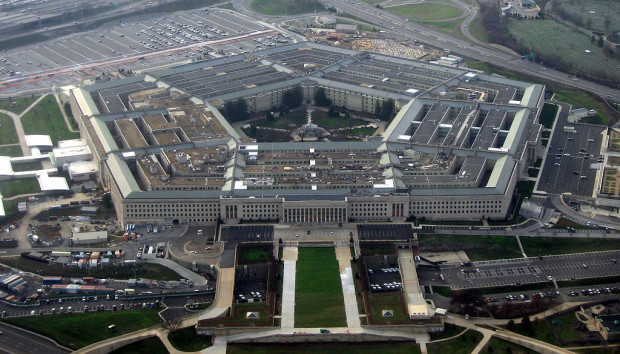 Before the Pentagon was built, the United States Department of War, a civilian agency created to administer the U.S. Army, was spread out in temporary buildings in Washington, D.C., Maryland and Virginia.

With the onset of the European conflict in 1939, the War Department rapidly expanded in anticipation of U.S. entry into WWII. Designed by the architect George Bergstrom, construction of the Pentagon building began in September 1941. The building was dedicated  in January 1943.

Across the Potomac River from Washington, D.C., the Pentagon has five sides, two basements, five floors above ground with five ring corridors per floor and a five-acre central plaza shaped like a pentagon.