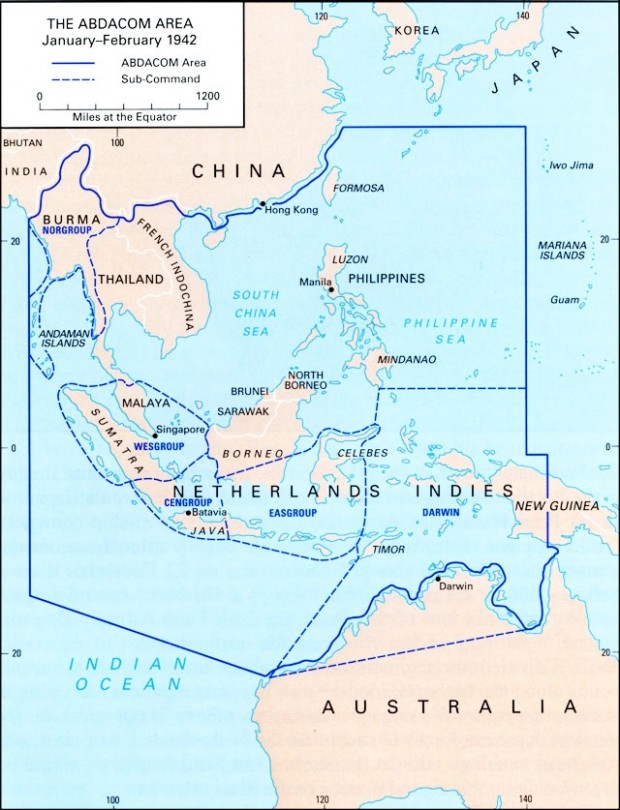 In 1941, Borneo was divided between the Dutch East Indies and British protectorates (North Borneo, Sarawak and Brunei) and crown colonies (Labuan). Although Nazi Germany occupied the Netherlands in 1940, the Royal Netherlands Navy and East Indies Army fought on under the joint American-British-Dutch-Australian Command (ABDACOM).

On December 16, 1941 Japan invaded the north coast of Borneo. The island, on the main sea route between Java, Sumatra, Malaya and Celebes, was rich in the petroleum sorely needed for Japan’s war effort. Meeting little resistance, Japanese forces swiftly captured the oilfields and a refinery in Sarawak region and Brunei. After securing the oilfields, the main Japanese forces moved forward to capture the island.