The Light of Asia 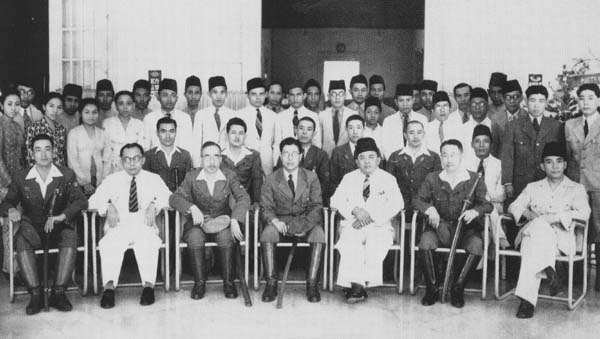 At war, Japan required large amounts of petroleum, scrap iron, and other raw materials. While 55 percent of its oil came from the USA, Indonesia supplied 25%.

After the German occupation of Holland, Japan demanded vital natural resources, especially oil from the Netherlands East Indies. The Indies government stalled negotiations and joined the USA in an embargo on oil and other exports to Japan in the summer of 1941. But after Japanese victories at Singapore and the Battle of the Java Sea, the Netherlands Indies government surrendered on March 9, 1942.

Because Dutch colonial rule was resented, many Indonesians were initially in favor of a Greater East Asia Co-Prosperity Sphere with Japan as the focal point. However, the subsequent Japanese occupation proved to be brutal. Military police terrorized civilians, food and other vital necessities were confiscated and ~4 million-Indonesians were forced into manual labor on economic development and defense construction projects.

In 1942, rejecting criticism of the “ABCD powers” (America, Britain, China & Dutch), Japan proclaimed itself the leader, protector and  light of Asia.”  (The use of the term “light of Asia” no doubt was chosen to imply high ideals similar to Gautama Buddha as described in the 1879 narrative poem The Light of Asia: The Great Renunciation by Edwin Arnold.