After the bombing of Hiroshima, some members of Japan’s supreme war council favored acceptance of the Potsdam Declaration, but the majority resisted unconditional surrender. Things grew worse when the USSR declared war against Japan. Then, a second atomic bomb was dropped on  Nagasaki.

About midnight on August 9,  Emperor Hirohito convened the supreme war council. After a long, emotional debate, the council obeyed his order to accept the Allied peace terms. 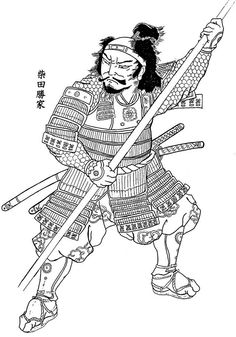 During the night of August 15, 1945 a military coup, the Kyūjō incident was attempted by a faction led by Major Kenji Hatanaka. The rebels seized control of the imperial palace and burned Prime Minister Suzuki’s residence. Shortly after dawn the coup was crushed and the leaders committed suicide.

At noon, Emperor Hirohito went on national radio for the first time to announce the Japanese surrender. In  court language, unfamiliar to his subjects, he said: “We have resolved to pave the way for a grand peace for all the generations to come by enduring the unendurable and suffering what is insufferable.” 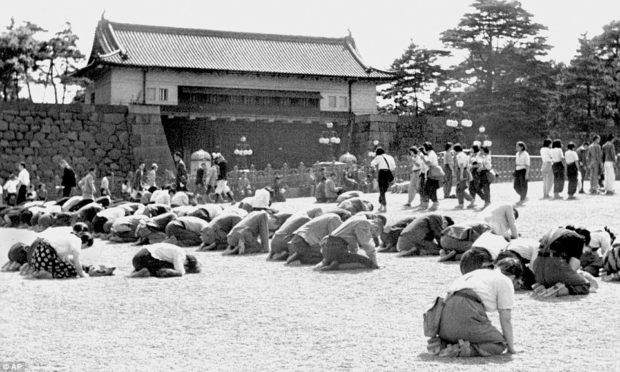 Japanese citizens in front of the Imperial palace on August 15, 1942. (dailymail.co.uk)

President Truman appointed General Douglas MacArthur to head the Allied occupation of Japan as Supreme Commander of the Allied Powers. The site of Japan’s formal surrender on September 2, 1942, was the seasoned battleship USS Missouri, anchored in Tokyo Bay along with 250 other Allied warships. 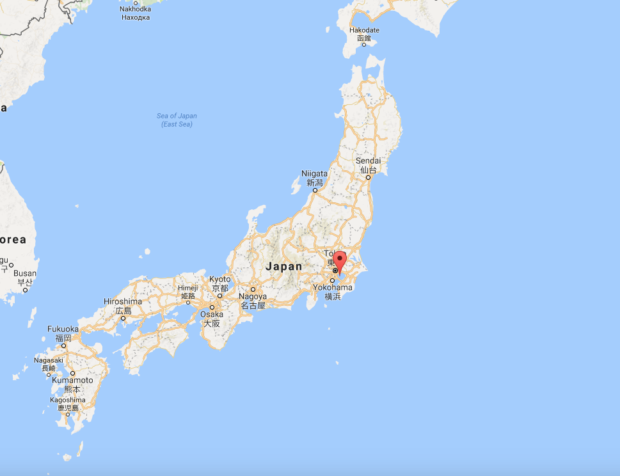 (1) – We…agree that Japan shall be given an opportunity to end this war.

(2) – …determination of all the Allied Nations to prosecute the war against Japan until she ceases to resist.

(5) Following are our terms. We will not deviate from them. There are no alternatives. We shall brook no delay.

(6) There must be eliminated for all time the authority and influence of those who have deceived and misled the people of Japan into embarking on world conquest, for we insist that a new order of peace, security and justice will be impossible until irresponsible militarism is driven from the world.

(7) Until such a new order is established AND until there is convincing proof that Japan’s war-making power is destroyed, points in Japanese territory to be designated by the Allies shall be occupied to secure the achievement of the basic objectives we are here setting forth.

(8) The terms of the Cairo Declaration shall be carried out and Japanese sovereignty shall be limited to the islands of Honshu, Hokkaido, Kyushu, Shikoku, and such minor islands as we determine.

(9) The Japanese military forces, after being completely disarmed, shall be permitted to return to their homes with the opportunity to lead peaceful and productive lives.

(10) We don not intend that the Japanese shall be enslaved as a race or destroyed as a nation, but stern justice shall be meted out to all war criminals, including those who have visited cruelties upon our prisoners. The Japanese Government shall remove all obstacles to the revival and strengthening of democratic tendencies among the Japanese people. Freedom of speech, of religion and of thought, as well as respect for the fundamental human rights, shall be established.

(11) Japan shall be permitted to maintain such industries as will sustain her economy and permit the exaction of just reparations in kind, but not those which would enable her to rearm for war. To this end, access to, as distinguished from control of, raw materials shall be permitted. Eventual Japanese participation in world trade relations shall be permitted.

(12) The occupying forces of the Allies shall be withdrawn from Japan as soon as these objectives have been accomplished and there has been established, in accordance with the freely expressed will of the Japanese people, a peacefully inclined and responsible Government.

(13) We call upon the Government of Japan to proclaim now the unconditional surrender of all Japanese armed forces, and to provide proper and adequate assurances of their good faith in such action. The alternative for Japan is prompt and utter destruction.