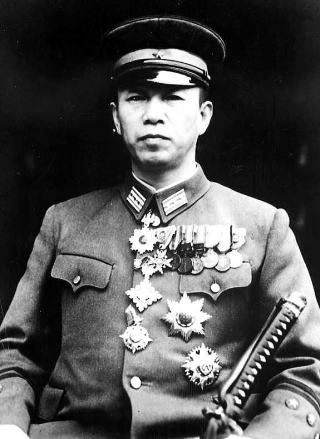 “The battlefield is where the Imperial Army, acting under the Imperial command, displays its true character, conquering wherever it attacks, winning whenever it engages in combat, in order to spread Kodo (The Imperial Way) whereby the Japanese people, achieving a unity of mind, with Emperor as Master and serving Him with loyalty and devotion, endeavor to establish a highly moral nation through whose moral influence they hope to contribute to the peace and welfare of the world far and wide so that the enemy may look up in awe to the august virtues of His Majesty. Those who march to the battlefield, therefore, should exalt throughout the world the glories of the Empire by fully realizing what the country stands for and firmly upholding the moral tenets of the Imperial Army…”