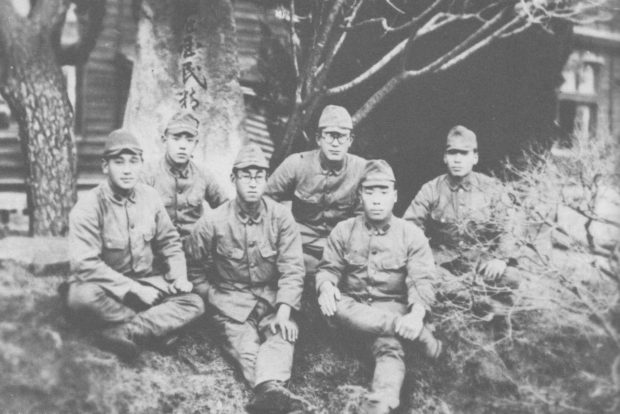 The Imperial Japanese military apparently had no such restrictions. Allied forces advancing across the Pacific found many Japanese diaries, which often provided rich intelligence. Here are excerpts from Toshihiro Oura, who was stationed on New Georgia island during the American advance.

June 29, 1943 : I wonder if they will come today. Last night it drizzled and there was a breeze, making me feel rather uncomfortable. When I awoke at 4 this morning, rain clouds filled the sky but there was still a breeze. The swell of the sea was higher than usual. However, the clouds seem to be breaking.

I have become used to combat, and I have no fear. In yesterday’s raid our air force suffered no losses, while nine enemy planes were confirmed as having been shot down and three others doubtful. Battle gains are positively in favor of our victory, and our belief in our invincibility is at last high.

Some doughnuts were brought to the officers’ room from the Field Defense HQ… They were awfully small ones, but I think each one of us had 20 or so. Whether they were actually tasty or not didn’t make much difference because of our craving for sweets. Each one was a treasure in itself. While eating the doughnuts, I lay down in the sand, and I pulled out the handbook my father had bought for me and which was now all in pieces from a bomb fragment. As I looked at the map of my homeland, which was dear to me, I thought I would like to go to a hot spring with my parents when I get home…

July 23: …Where have our air forces and battleships gone? Are we to lose? Why don’t they start operations? We are positively fighting to win, but we have no weapons. We stand with rifles and bayonets to meet the enemy’s aircraft, battleships, and medium artillery. To be told we must win is absolutely beyond reason… In the rear, they think that it is all for the benefit of our country. In short, as present conditions are, it is a defeat. However, a Japanese officer will always believe, until the very last, that there will be movements of our air and naval forces. There are signs that I am contracting malaria again.

This was Oura’s last entry. His fate is unknown, but it is unlikely he survived.