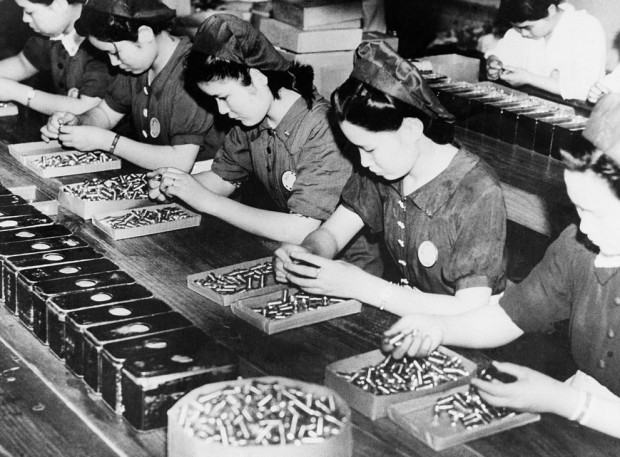 With early 20th century industrialization, many poor or unwed Japanese women worked in silk, textile, and weaving factories. Once married, however, women were expected to stop working for wages. Most worked without pay in agriculture.

At war from 1937-1945, the lives of Imperial Japanese women were radically changed. Although relegated to various volunteer associations in the early war years, by 1943 the loss of male industrial workers required women to fill their jobs.

From age 15, all women who were unmarried and out of school, were required to work. Ultimately, even married women were strongly encouraged to work.