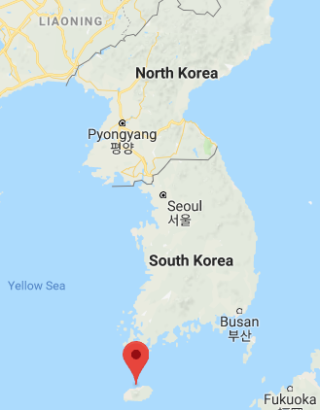 The Jeju uprising, which began on April 3, 1948, resulted in extreme suppression by the South Korean Army, police and right-wing paramilitary groups.  The rebellion included several hundred mutineers from the South Korean 11th Constabulary Regiment and lasted until May 1949, although small isolated pockets of fighting continued during the Korean War into 1953.

Estimated deaths between opposing factions were between 30,000 and 60,000. Many villages on the island were destroyed and other rebellions were sparked on the Korean mainland. 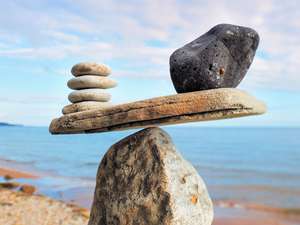 It is difficult to find a balanced discussion about this rebellion.

It seems clear that the United States Army Military Government in Korea (USAMGIK) tacitly supported the suppression of any left-wing groups that might directly or indirectly enable Communist political goals. On Jeju Island it appears that the USAMGIK was focused more on eradicating the left-wing elements rather than addressing genuine public grievances.

Although some have claimed that agitators, infiltrating the south from North Korea were important in instigating the Jeju rebellion, there is apparently little evidence of this. Whatever the case, it appears that American occupation forces took a hands off approach as right wing South Korean government forces (including paramilitary youth groups) ran amok on the island.

Here is an interesting commentary from the New World Encyclopedia:

“Prevailing sentiment on Jeju was that the local government and police forces were made up mostly of those who had readily collaborated with the Japanese occupation, and there was unrest at heavy taxation of agricultural and fishing commodities reminiscent of the Joseon Dynasty. Many of the Jeju people were more inspired by their perception of a future promoted by Kim Il Sung in North Korea than by the capitalist version taking shape in South Korea, and in Japan.

The Korean National Committee for the Investigation of the Truth about the Jeju April 3 Incident concluded that the USAMGIK shared responsibility for the incident with South Korean forces that perpetrated it because it occurred under the rule of the military government and an American colonel was in charge of the South Korean security forces of Jeju.

This trailer for the film Jiseul begins with the statement: “On November 1948 United States Army in Korea issued an order  to kill everyone living 5 km outside...”    I tried to find verification for this order but was unsuccessful. It seems the implication is the massacre was an American call – I suspect this is doubtful although USAMGIK was, one way or another, inherently complicit. 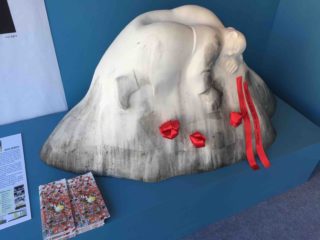 A woman lies on a pile of bloodied bodies: This piece of art is in a booth dedicated to the Jeju Massacre of 1948, in which thousands of civilians were killed by South Korean troops pre-Korean War counter-insurgency campaign on the island of Jeju.