During the German 1942 summer offensive (Operation Braunschweig) Hitler outlined new goals with the Führer Directive No. 45 of July 23, 1942. Here is an excerpt:

The task of Army Group B is, as previously laid down, to develop the Don defenses and, by a thrust forward to Stalingrad, to smash the enemy forces concentrated there, to occupy the town, and to block the land communications between the Don and the Volga, as well as the Don itself.

Closely connected with this, fast-moving forces will advance along the Volga with the task of thrusting through to Astrakhan and blocking the main course of the Volga in the same way.

These operations by Army Group B will be known by the cover name “Heron”.
Security: Most Secret. 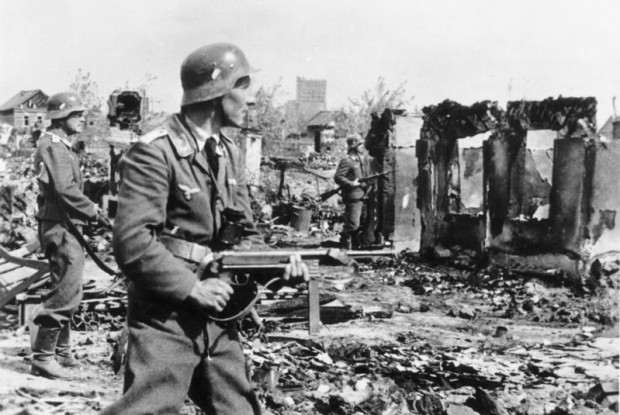