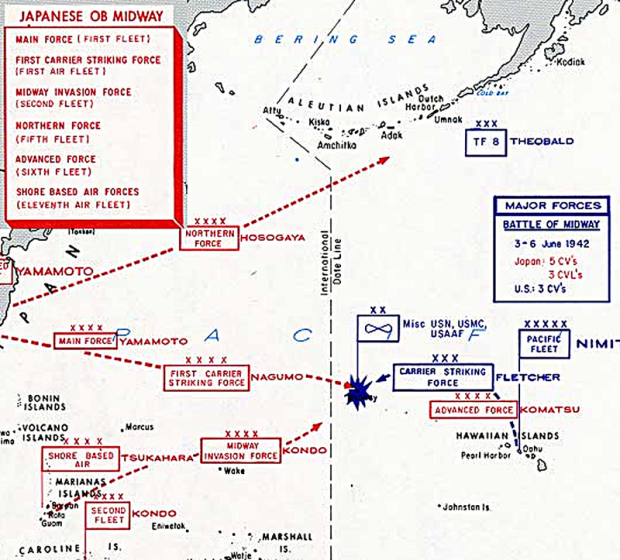 On June 4, 1942 the US Navy turned the tide of the Pacific War against the previously all-powerful Imperial Japanese fleet. With information gained from cracking the Japanese PURPLE code, the U.S. Navy was lying in wait when the Japanese initiated their attack on Midway Island with the intention to surprise and destroy the US aircraft carriers that had escaped the attack on Pearl Harbor.

Although the US Navy lost 147 aircraft (including the tragic loss of 35/41 obsolete Douglas TBD ‘Devastator’ torpedo bombers) and 300 seamen in the battle, only one aircraft carrier, the Yorktown, was sunk by the Japanese.

This resounding victory at Midway seriously diminished the power of the Imperial Japanese Navy and moved the Allies into an unrelenting offensive position for the duration of the Pacific War.