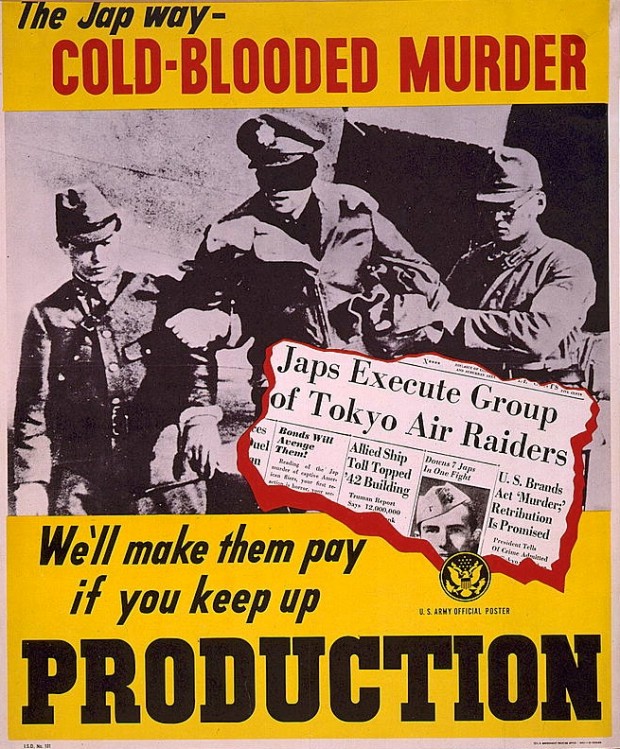 After the Doolittle Bombing Raid on Tokyo in April 1942, eight Americans captured by the Japanese were imprisoned in Shanghai.

In October 1942, the Japanese radio broadcast that two crews of the Tokyo Raid had been tried and sentenced to death, but many of the death sentences had been commuted to life imprisonment. Names of the airmen were not released at the time.

After the war, the War Crimes Trial held at Shanghai revealed that two of ten American crewmen had died when two B-25s ditched off the coast of China. The other eight were captured by the Japanese and subjected to torture, a starvation diet and deplorable conditions.

On Aug. 28, 1942, three of the airmen accused of strafing Japanese civilians were given a summary trial by Japanese officers and executed by firing squad. The four Japanese officers tried for their war crimes against the eight Tokyo Raiders were found guilty. Three were sentenced to hard labor for five years and the fourth to a nine year sentence.