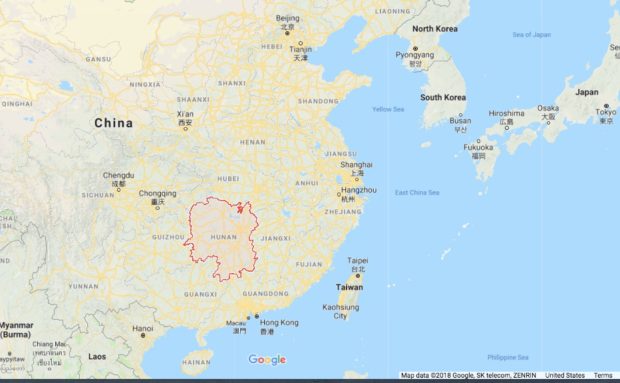 In 1893, Mao Zedong was born into a prosperous peasant family in Hunan Province, After an elementary school education, Mao began working the fields at age 13. At age 17, he enrolled in a secondary school in Changsha, the capital of Hunan. At age 18 he joined Sun Yat-sen‘s Nationalist Kuomintang Party which overthrew the monarchy and formed the Republic of China in 1912.

In 1918 Mao graduated from the Hunan First Normal School and became a certified teacher. In 1918 he took a job as a library assistant at Beijing University. In 1921, still supporting the Kuomintang, he was one of the founding members of the Chinese Communist Party. However, when Sun Yat-sen died in 1925, his successor Chiang Kai-shek broke the Kuomintang alliance with Communist Party and pursued a traditional conservative path for China.

In 1927, many Communists in the Kuomintang were imprisoned or executed. Shortly, Mao led an abortive coup attempt and was forced to flee with his forces to Jiangxi Province where he established the Soviet Republic of China. With a small army of toughened guerillas, Mao proceeded to suppress dissidence with torture and execution. He soon gained control over ten regions in Jiangxi Province.

In 1934, surrounded by Chiang’s million-man army, Mao retreated with ~100,000 Communists and their dependents on a 8,000 mile trek across northern China that became known as the long march. Inspired by Mao’s heroic escape and his inspiring Communist oration, many young Chinese volunteers joined him in Shaanxi Province.

In 1937, the Japanese invaded China, initiating the Second Sino-Japanese War. Chiang Kai-shek abandoned the capital city Nanking and soon lost control of China’s coastal regions and most major cities. Mao agreed to a truce with the Kuomintang and joined the fight against the invading Japanese. Maintaining a shaky truce, the Communists and Kuomintang battled the Japanese together until Japan’s defeat in 1945.