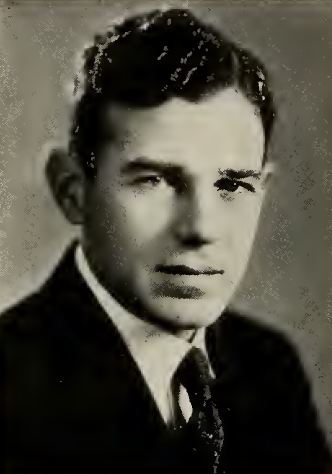 Ralph Townsend worked as a journalist in San Francisco and taught English at Columbia University before joining the U.S. Foreign Service in 1930. His controversial 1933 book Ways That Are Dark: The Truth About China was critical of Chinese society and supportive of Japan’s policies in the region. His 1936 book Asia Answers, which condemned American “pro-Communist liberals,” described Japan as a bulwark of capitalism in Asia.

After returning to the USA from a trip to Japan in 1937, Townsend was vociferous in his attempts to promote American non-intervention in both Europe and Asia. In addition to lectures and radio addresses, he published pamphlets with titles such as The High Cost of Hate, America Has No Enemies In Asia, There Is No Halfway Neutrality and Seeking Foreign Trouble.

In 1940 Townsend became an active member of America First Committee and began writing for its unofficial voice, the isolationist magazine Scribner’s Commentator. After discovering he had received payments from the Japanese Committee on Trade and Information, the FBI arrested Townsend in January 1941.  While admitting he accepted money from the Japanese as payment for the bulk sale of his pamphlets, Townsend denied being a Japanese agent and claimed he was a victim of political persecution. In June 1942 he was sentenced to 8 – 24 months in prison.

In July 1942, while still imprisoned, Townsend and 27 other Americans were charged under the Smith and Espionage Acts of participation in a Nazi conspiracy to publish seditious literature designed to undermine the morale of the U.S. military. These charges were felt to be dubious by many members of Congress and the indictments were delayed several times. When the third indictment was begun in January 1943, Townsend’s name was dropped from the list. After release from prison, no further action was taken against him.