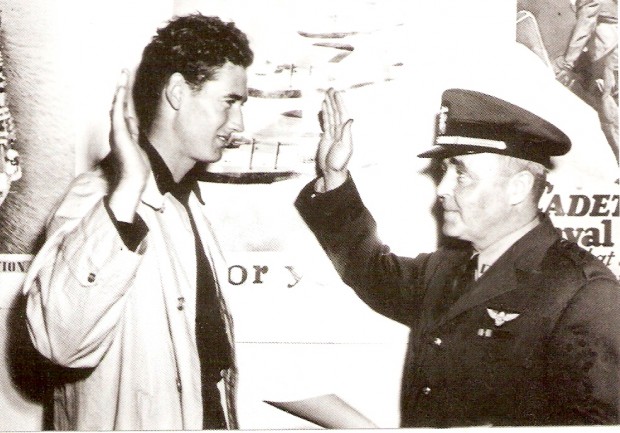 Rated 1A for the draft in 1942, superstar Red Socks slugger Ted Williams appealed his draft status.  He was subsequently re-rated 3A  (as the sole supporter of his mother). However, criticism from fans and the press drove him to reconsider and he enlisted in the Naval Reserve in May 1942.

Williams served as an  F4U Corsair fighter plane instructor at the NAS Pensacola. During the course of his naval aviation training, Williams played on several baseball teams organized at the various bases, most notably the Chapel Hill (NC) Cloudbusters.

Williams was in Pearl Harbor awaiting orders to join the Fleet when the War in the Pacific ended. Released from active duty on January 12, 1946, he resumed his professional baseball career. In the 1946 season with the Red Sox, he hit .342, 38 homers, and 123 RBIs and appeared in the 1946 World Series (losing to the St. Louis Cardinals).