This scene from Momotaro the Sea God Soldier (桃太郎 海の神兵), the first Japanese feature-length animated film, was directed by Mitsuyo Seo. Commissioned by the Japanese Naval Ministry, the film, released in 1945 by the Shochiku Moving Picture Laboratory, was a sequel to Momotarō no Umiwashi, a film released in 1943 by the same director.

Plot Summary paraphrased from Wikipedia: The film begins with animal sailors (a bear cub, monkey, pheasant, and puppy) rescuing a child from being swept downstream. Later, they clear a forest for an air base on a remote Pacific island with the help of the primitive jungle animals and teach them the alphabet by singing, washing clothes, giving military training and loading weapons onto warplanes.

Preparing for the invasion of the Indonesian island of Celebes (Sulawesi) , the monkey, dog and bear cub become parachute jumpers while the pheasant becomes a pilot. The paratroopers ambush a halftrack and invade a British fort whence panicked British soldiers agree to surrender to Japanese rule. A brief epilogue depicts children pretending to parachute onto a map of America drawn on the ground.

A notable musical scene in the film is the alphabet song AIUEO (アイウエオの歌) where Japanese soldiers teach the local animals how to speak.

I am impressed that North Korea today uses children in their propaganda posters and heroic animated characters in film – much in the same way as their oppressors of Imperial Japan did during WWII. 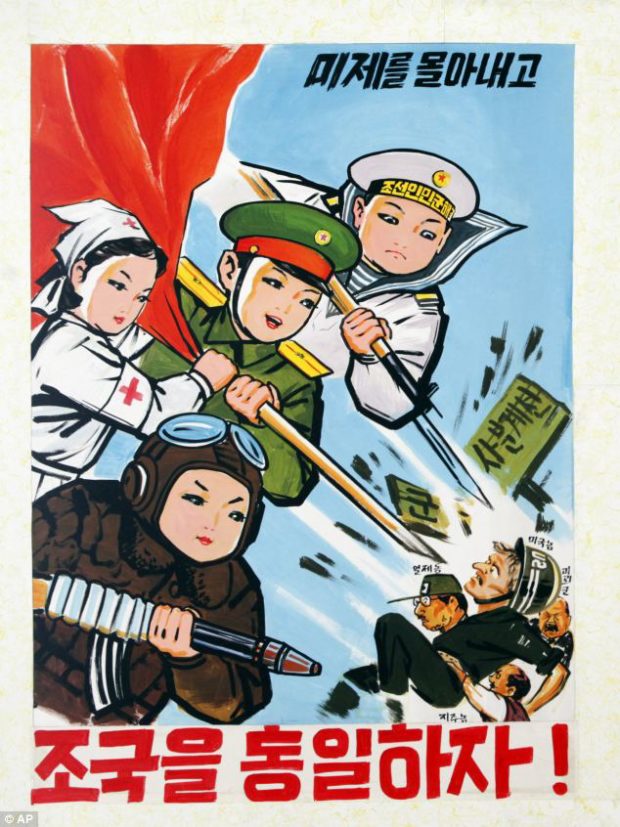 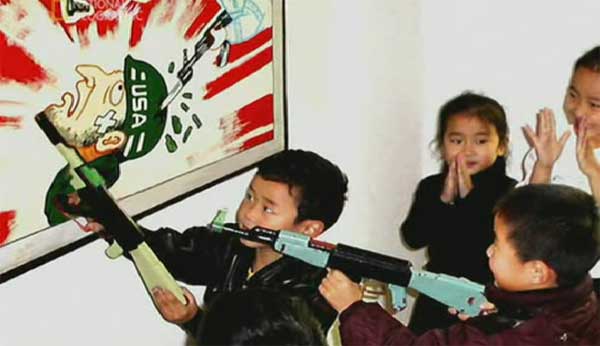