President Harry Truman approved but did not specify the dates for use of atomic bombs.The Target Committee identified the targets and determined the best opportunities for attack based on logistics and weather. After the bombing of Hiroshima produced no Japanese response, the decision was made to proceed with plans to bomb Kokura.

Nagasaki was a seaport in southern Japan that produced military ordnance, ships, equipment and war materials. Most buildings in the city of 263,000 people were built with timber in old-fashioned Japanese style. Because its geography made it difficult to locate at night, the city had not been firebombed. 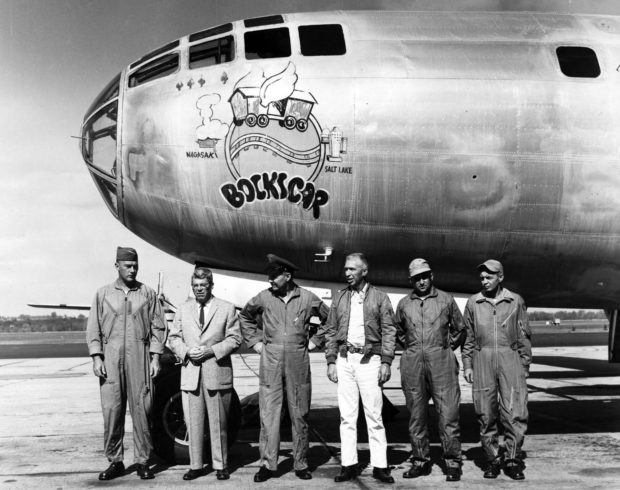 In the early hours of August 9, 1945, a B-29 named Bockscar, flown by Major Charles W. Sweeney, carried the 10,000 pound atomic bomb Fat Man, toward its primary target Kokura with Nagasaki as the secondary option. With clouds and smoke from a nearby air raid obscuring the aiming site at Kokura, Major Sweeney made three unsuccessful runs over the city before heading for the secondary target, Nagasaki. 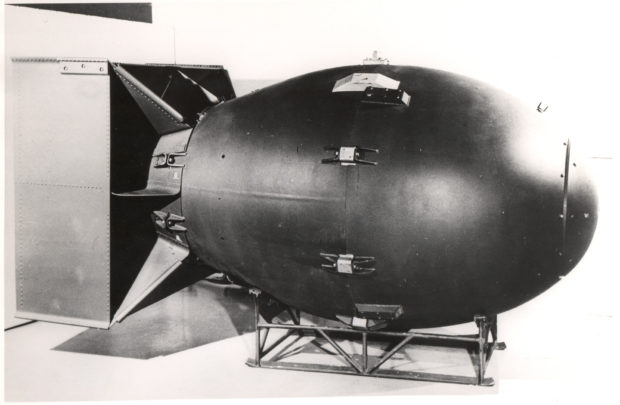 At 11:01, a break in the clouds over Nagasaki allowed Bockscar’s bombardier to sight the target. The Fat Man weapon, containing a core of plutonium, exploded 47 seconds later at 1,650 ft over the city’s industrial valley. Because the bomb dropped almost two miles northwest of the intended hypocenter, a major portion of the city was protected by the intervening hills.

With the release of ~21 Kilotons of energy, the temperature within the fireball reached ~7,050 °F. Winds were estimated to be >620 mph.

Although casualty estimates for immediate death varied, at least 35,000–40,000 people were killed and 60,000 others injured. Following the explosion, more people died from delayed effects of the bomb. By the end of 1945, total deaths due to the attack are variably estimated to be 39,000-80,000.

The touching 2015 Japanese film Nagasaki: Memories of My Son is about a widow who lost her husband and eldest son in the war and her youngest son Koji during the bombing of Nagasaki. Living alone with only her midwifery to keep her occupied, she is visited by an apparition of Koji.