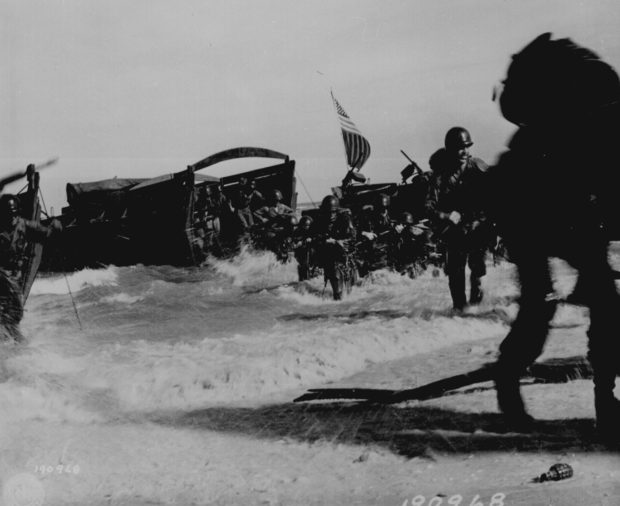 My late father-in-law Jim Evans fought with the 163rd Infantry Regiment in this campaign. Discussions with him and his comrade Jim Jackson inspired the chapter on the battle of Biak Island in my book Enemy in the Mirror: Love and Fury in the Pacific War. 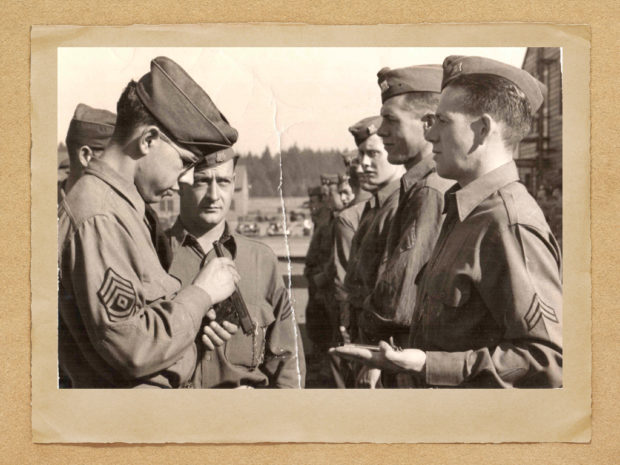 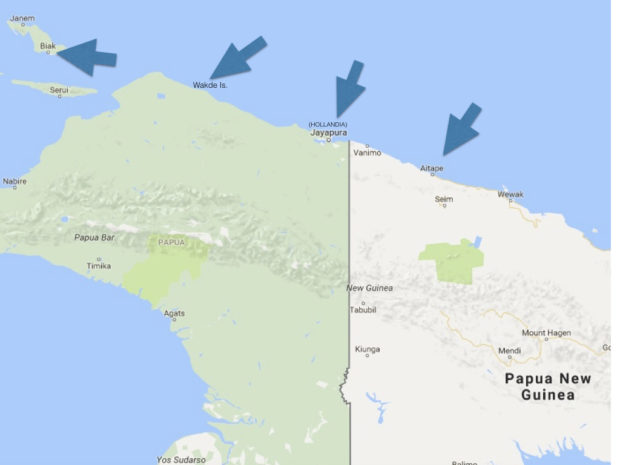 In April 1944, with the goal of establishing airfields on the northern coast of New Guinea, Allied forces under General Douglas MacArthur attacked Aitape and Hollandia. Expecting an Allied attack further east, the Japanese were taken by surprise. MacArthur’s troops found empty camps with rice still cooking on the stove and abandoned weapons and equipment. The Japanese soon regrouped and counterattacked Aitape in multiple waves. Although these attacks caused heavy Allied casualties, Allied machine guns and artillery decimated the attacking Japanese forces (perhaps ~10,000 men lost) and Aitape and Hollandia were taken.

In May, MacArthur’s troops landed on Wakde island with little beachhead resistance. Advancing inland, however, they soon met the same fierce defense they’d experienced at Aitape. Although the island was taken, Allied troops were still fighting residual Japanese forces on Wakde at the end of the war.

At the end of May 1944, MacArthur’s troops invaded Biak island. Again light resistance at the beachhead foreshadowed heavy resistance inland. An excellent defense plan that properly utilized terrain, numerous caves and tanks (unusual at that time in the Pacific War) was devised by Lieutenant Colonel Naoyuki Kuzume. Although effective for a month, Kuzume’s defenses were finally breached and he committed Seppuku (ritual suicide) in his subterranean command post. Undaunted, Japanese troops in the remaining caves continued to fight. Stymied by the hit-and-run tactics of cave dwelling enemy troops, the Allies resorted to dynamiting caves that held hidden defenders. Biak Island was finally secured at the end of July 1944.